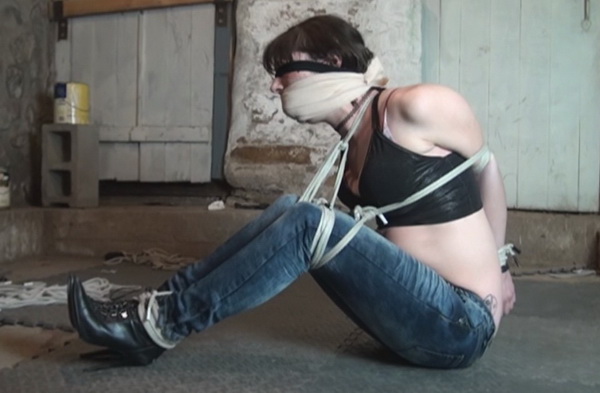 Kali is brought down into the Hunter’s basement with her arms already cruelly bound behind her back. He her to the floor and as she begs him not to gag her he stuffs a pair of her used panties in her mouth. Then he ties a torn sheet between her teeth pushing the gag in deep. An ace bandage is then wrapped over the gag further stifling her cries. He then ties her booted ankles and knees tightly together. Her knees are then pulled up to her chest and with rope running over and around her shoulders and then down between and around her knees he brutally ball ties poor Kali. Once she is helplessly immoblized in the ball tie he ties another torn rag over her eyes blindfolding her. He leaves the hapless wench in the agonizing ball tie barely able to move. After a while Kali really begins to suffer as her muscles begin to cramp and she struggles to try to stretch out. But there is nothing she can do but suffer and endure the tight brutal bondage waiting for the Hunter to return. 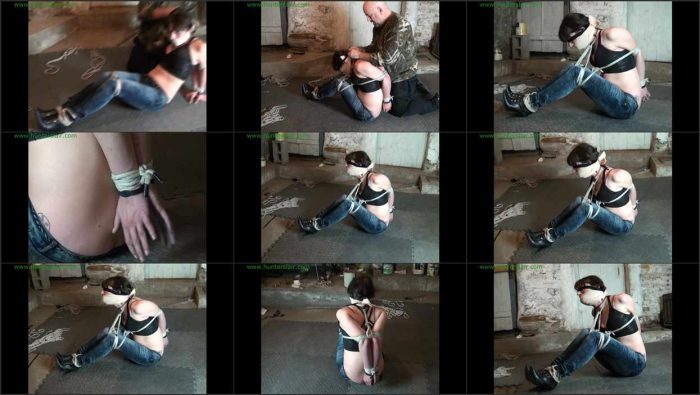 Defiant Fayth on Fire tied down for bound orgasms, jimhunterslair