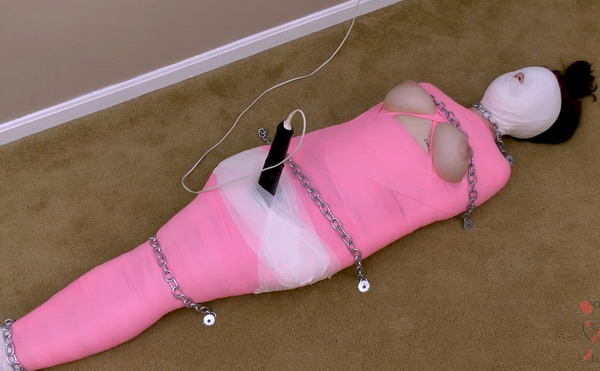 Talking Kaecie into tight bondage is akin to asking a kid if they want candy. For today I wrap her in a couple of layers of vet wrap from head to toe. Unable to see or move would make most girls nervous but Kaecie needs a bit more. Her squeal of alarm confirmed the chains bolted around her body and neck did the trick. I’m not quite done with her yet, though. She’s going to be there for a long while, so it’s only fair Kaecie is properly entertained while immobile on the floor. With a bit of effort, a magic wand is buzzing between her legs. Unable to move she can only shudder in anticipation as the first of many orgasms start to build. 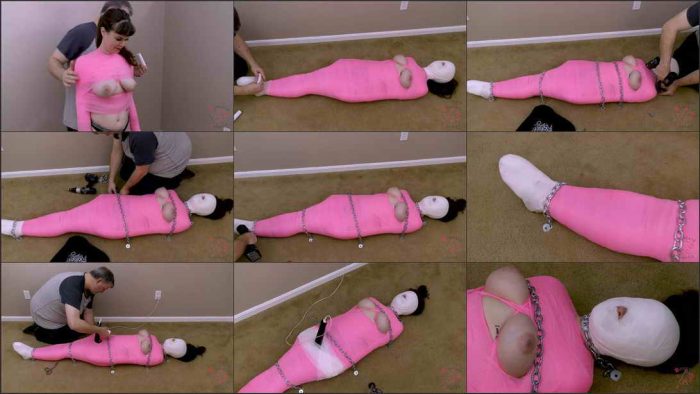 Bella vs. Her Sensory Overload, bondagejunkies

Lucy vs. The Next Level, Mummification Bondage, bondagejunkies

Lola vs. Her Mummy Request, bondagejunkies

Emily vs. The Forced Experiment, bondagejunkies

Lola vs. Her Compression Bed and Chains, bondagejunkies