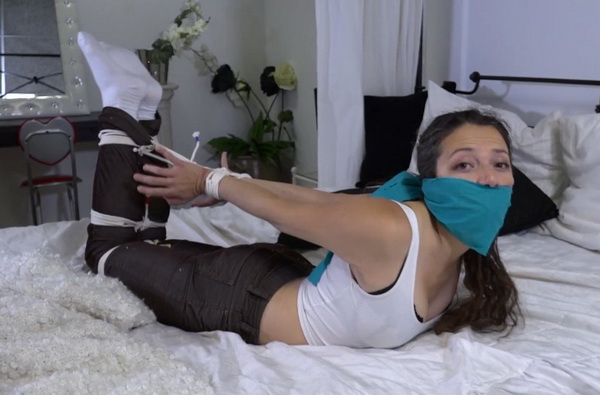 Julia is doing a very special self bondage/gag video for her boyfriend that she is missing. She starts off by putting a red ballgag in her mouth and cuffs herself with her hands behind her back. Julia struggles a bit while acting very playful making a lot of happy gag talk sounds while pretending to be captured. After a while she wants her boyfriend to see another gag. She calls in her friend to take off the ballgag. He has to stuff her mouth and wrap around Silver PVC Tape. Now Julia’s mouth is packed and wrap gagged he leaves her alone to gag talk for her boyfriend. She makes a lot of muffled gag talk sounds MMMMPPHING a lot. Her friend returns to her to finish the last piece of script Julia has prepared for the special video for her boyfriend. He has to take off her cuffs and put her in a tight hogtie & finish it off with a cloth OTM gag. Julia is left to struggle in the tight bondage & with the silencing gag. 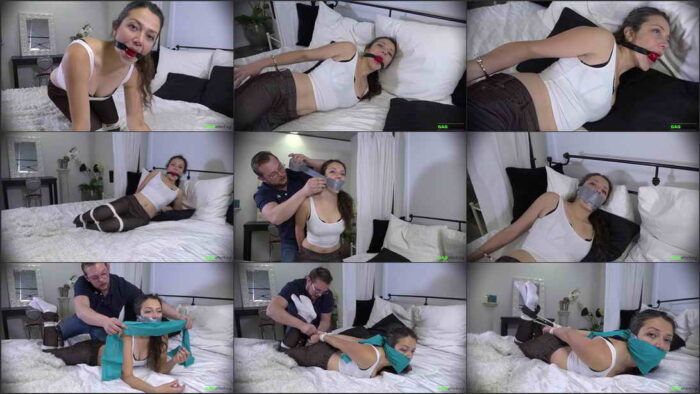