Home » Bondage M/F » JJ Plush DID bondage, You gave us the wrong combination 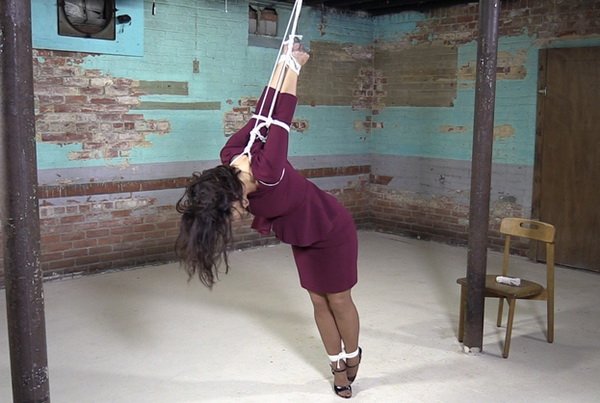 Two men (Eric Cain and Oscar) have JJ, one around the neck and the other at the arms. The one behind her keeps kicking and kneeing her. They are demanding a combination to the safe. JJ vehemently exclaims that she doesn’t have it, she doesn’t whine at them, then she tries to bargain with them that if they let her go she might actually remember it but all of this manhandling is traumatic. They get her into a strappado and leave her dangling. She has given them the combo, only it was a couple digits off so they are furious. They take her down from the strappado and lead her around the building by the neck again taking her back upstairs and hogtying her. She tries to pick at the knots but she can’t get them out, sliding to the floor did her no good. They return to her and lead her around the building more, shoving her head into a disgusting hole. Finally she gives up the real combination which doesn’t do her any good. They take her back upstairs, stuff her mouth and wrap it with tape and leave her hogtied on the couch. The next day she wakes up, no ropes on her but her body hurts and there is a tiny piece of rope on the floor. It couldn’t have all been a dream… 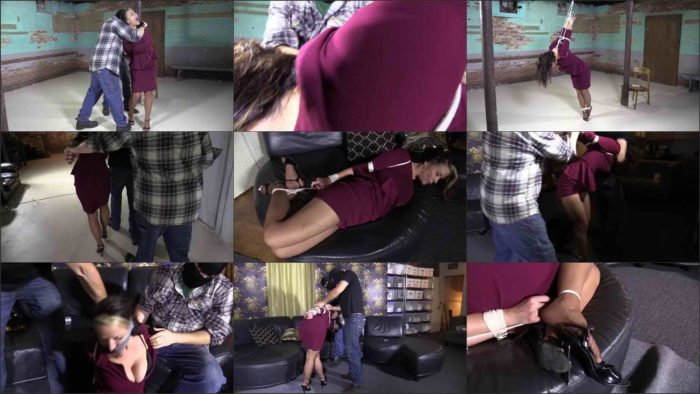 Je C, Dakkota and Adara Jordin Bondage – They Turned on Their Accomplice

Rachel Adams bondage – Untie me lady, I promise I won’t call the police!

JJ Plush hogtied – My bestie does a trial tie on me…

[Girl Next Door Bondage] Kept tied up and gagged tight so she could learn the error of her ways [Whitney Morgan, Damsel In Distress]