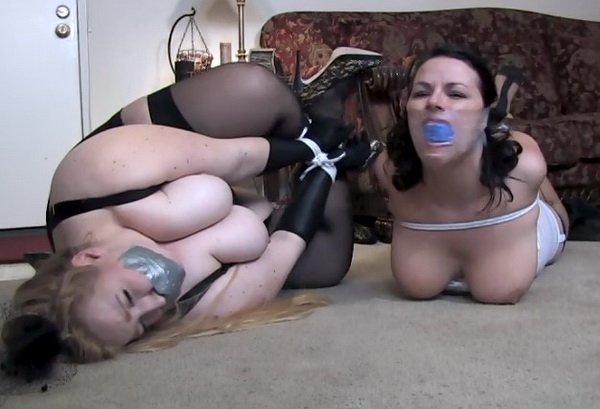 This is a video, I recently found on an old hard drive. It features a BBW girl I worked with many years ago named Kitty. In this video, Kitty and her friend JJ Plush have ripped some man off. But Kitty has double crossed JJ. When JJ comes over to confront her, Kitty over powers her and ties her up tight. A short time later, the man they ripped off, shows up to find JJ struggling bound and gagged. So, he grabs Kitty and ties her up right next to JJ and leave them struggling and trying to get loose together, while he looks for the money they stole from him. 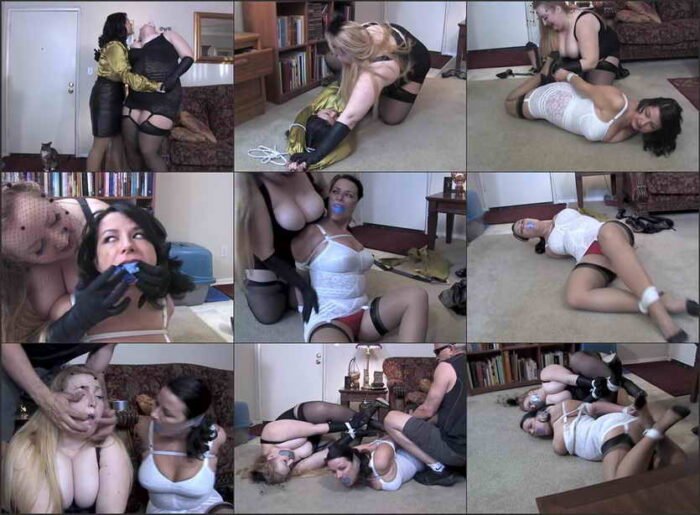 Kendra Lynn: He tied me up with torn bed sheets and then cut my panties off!