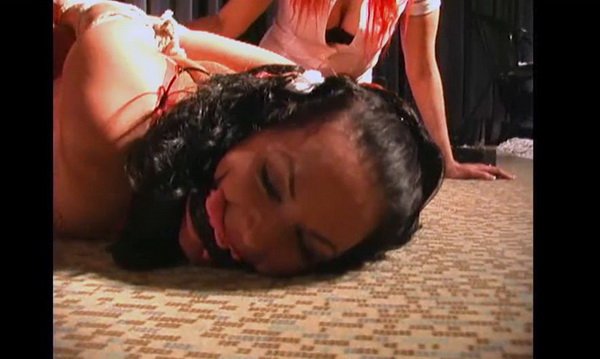 This was backstage at Venus for a fan photoshoot back in 2010. Jewell ties me up. All of the tying is on screen and it is a very candid and playful scenario. I did most of the tying there so it was a nice change of pace to be tied.and she knows what a girl like me likes.she started first with the elbows and then did the rest. She also stuffed my mouth with a rag and wrapped my head over and over and over again with black electrical tape. She called a German model named Lola in to play with me as well. I was in bondage heaven!! The lonely curvy Sonya , well dressed woman longed to be brutal tied up by someone other than herself.