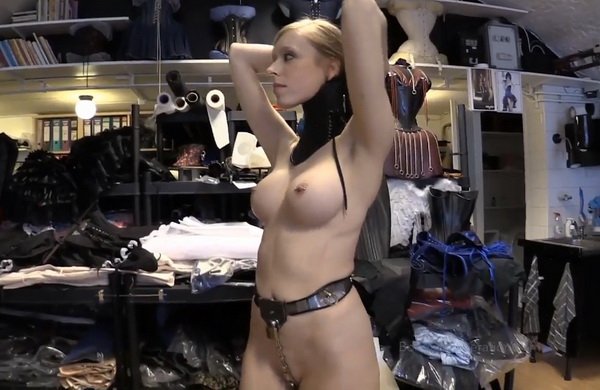 Part Two of the visit to Amsterdam’s famous corsest-maker, Jeroen van der Klis, continues with Elise and the gang fawning over Jeroen’s amazing work. While looking though a book of his past work, Elise spots several special images, including one of Jeroen himself. Utilizing the famous fetish model Cobie to model his work, everyone is excited to see it come to life! Cobie demonstrates an awesome arm binder piece, as well as an extremely elaborate corset dress like you have never seen! Meanwhile, Elise and Petgirl Kako fight over who is going to take home a spectacularly sexy neck corset. Elise also interviews Jeroen throughout the visit, whereby you learn much more about him! Super fun visit to Amsterdam in general and to witness the wonder of Jeroen’s work specifically! Enjoy! 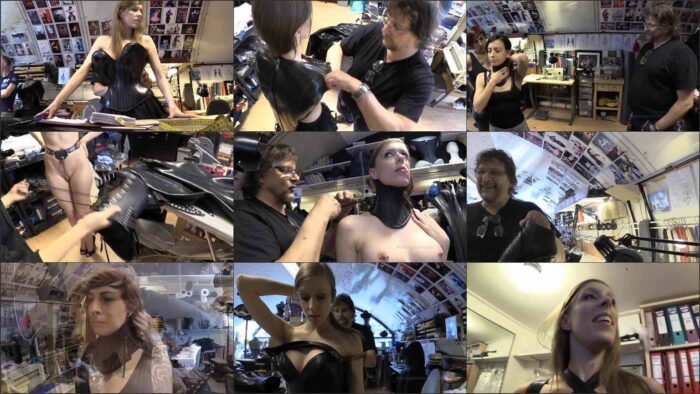