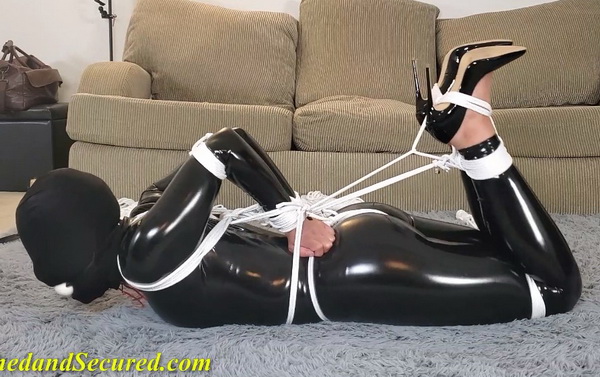 Jayda looks absolutely gorgeous wearing a latex catsuit that is so tight, she seems to have been poured into it! The tightness of the catsuit is nothing compared to the tightness of the ropes and gags she’ll son be sporting, as her captor is intent on making her as uncomfortable and helpless as possible! From the moment the fat red ball is jammed into her mouth, cutting off her yammering and leaving her fuming and drooling as she gurgles out her protests, she’s completely powerless to prevent the man from fusing her elbows together with gleaming white rope, nor can she keep him from yanking a brutally tight crotch rope deep into her, making every movement a study in agony. From there, she’s left to struggle furiously and impotently, drooling all over herself as she struggles to free herself. But, as the man delights in returning again and again to add more ropes and more humiliation to her plight, she soon learns that escape is an absolute impossibility. By the time she is put into a chicken winged tie, her arms feeling as though they will break and her hands jammed firmly into the small of her back, she remains powerless to stop him from worsening her predicament with a back breaking hogtie, followed by the removal of her gag. Her freedom of expression lasts only a millisecond, as a spandex hood is yanked over her head, plunging her into darkness! Her words are choked off into an abrupt gurgle when a new ball gag, even bigger than the last, is strapped into her mouth and she is left twitching, grunting and miserable! 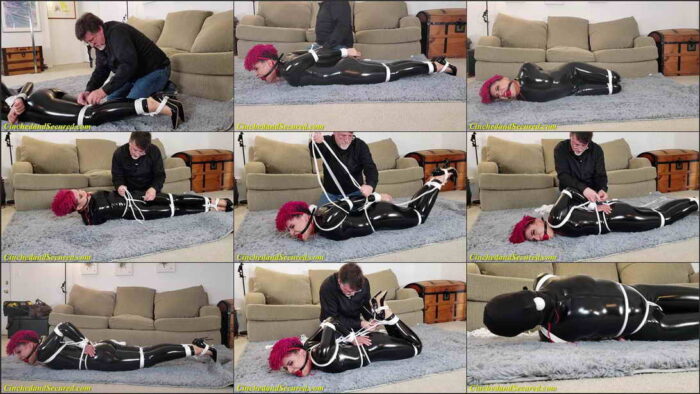 Izzebella Robbins – A Matter of Trust, Cinched and Secured