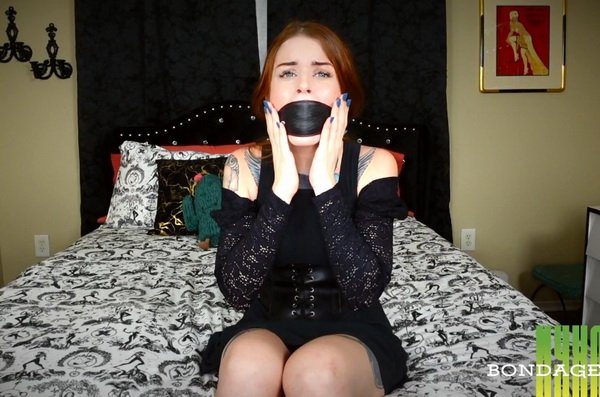 Jasper enters Nyxon’s bedroom, and comments on how gloomy it is. Nyxon (silent POV) tells her that she bought a cool spell book at an antique store, and holds it up to show it to Jasper. Jasper reaches for it, but Nyxon quickly yanks it back. She tells Jasper that she wants to be the first to use it, and that the spell can be broken by saying her name 4 times. Anxious to get started, Jasper tells Nyxon to hurry up, but is cut off mid-sentence when a loud snap is heard, and her mouth is magically taped shut by a single strip of duct tape. Jasper’s eyes go wide & she tries to speak through the gag.
She removes the tape and says, “What the hell? That’s a real spell book?! I thought you found some dumb decoration!”
Nyxon says something to her, and Jasper responds, “Uh, no I think that’s enough. We don’t need to do anymore”.
(Brief pause as Nyxon speaks in silence)
Jasper- “Well, I don’t care what you want, and I can stop you, remember? Nyxon, Ny…”
The sound of fingers snapping, and Jasper is cut off again, this time by a sizeable red ballgag that instantly appears in her mouth. She mumbles around it, her eyes going wide in shock again as she looks down at her mouth in surprise. She continues mumbling & trying to speak as she raises her hands to her mouth, grasping around over the ball, her lips & her mouth as she tries to figure out how to remove it. Finally, she manages to find the buckle & unfastens it… 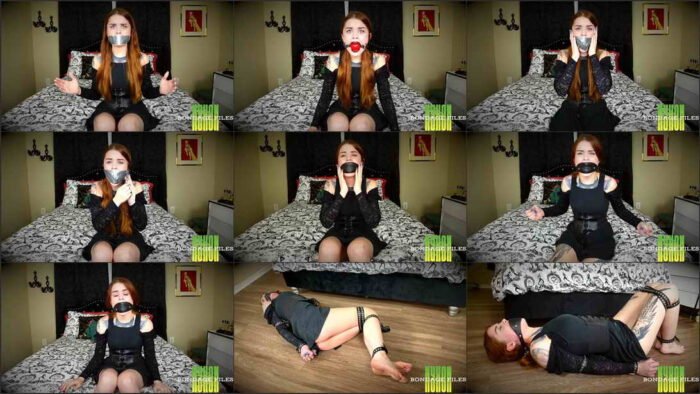 Irene Silver… Out For A Midnight Struggle, Leather Bondage, nyxonsbondagefiles