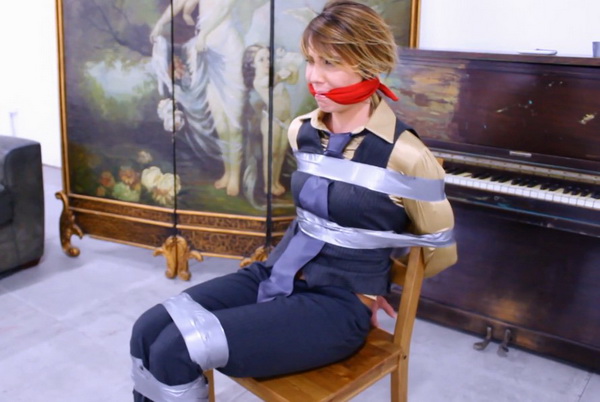 Janira Wolfe is a nerd, all she wants to do is study all day. She never takes a moment off to have fun, it’s all about studying. One day her friend, who is a lazy-ass rock n’ roll musician, invites her to grab some drinks while she listens the new demo of his metal band, but obviously Janira refuses. So this dude has no other option, he needs to expose Janira to that loud heavy metal music so it’ll turn her into a rebel like him.
The guy grabs Janira’s arms and ties her hands behind her back with duct tape, then duct tapes her to the chair and tapes her legs. Janira screams and shout but she is constantly interrupted with handgags. Finally the guy gags her with duct tape and plays his heavy metal band song, over and over and over so it’ll gets through Janira’s skull until she becomes a rebel.
After a couple of hours, the dude comes back just to remove Janira’s gag. She is angry and starts cursing, with words she’d never said before, so that heavy metal music is actually working! But still she wants to keep studying, therefore the process isn’t finished yet. The dude gags her again this time with a cleave gag and leaves her tied and gagged for another couple of hours
Once again, the dude is back and now Janira looks more calmed down. He removes Janira’s gag and she says she feels kinda strange, like if she wanted to drink a beer, or ten; also she just realizes she hates that other nerd girl that always gets better notes so she wants to punch her in the face… the bondage/heavy metal session has been a success!! Now Janira Wolfe is a rock n’ roll rebel who wants to party, drink and pick up fist fights with other girls, and of course she wouldn’t mind to be tied up and gagged for hours again! 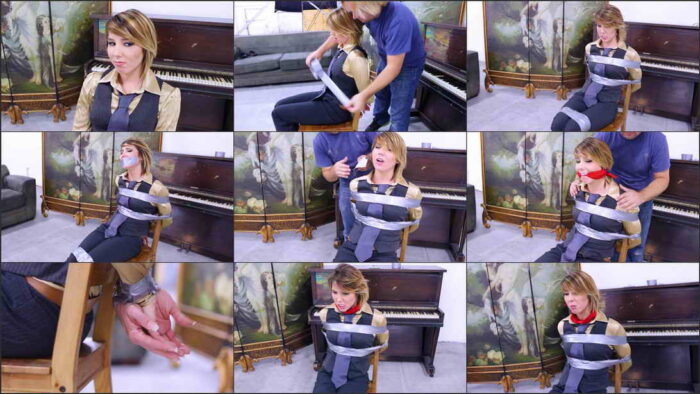