Home » Bondage Metal » Jade Indica in a belt after work 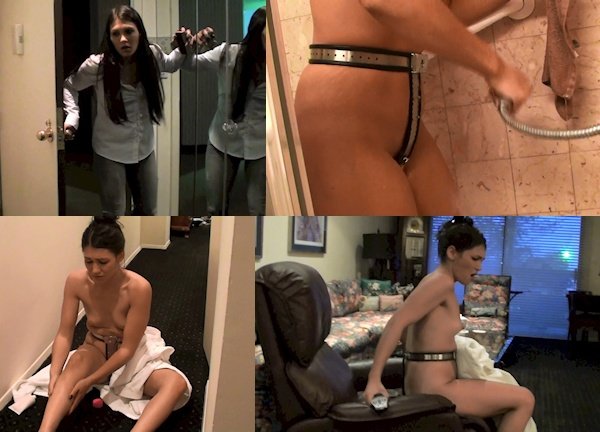 I would love to see Jade go out in a belt. Actually, I made it a new Challenge for her: public footage with double plugs too or I would consider this Deal a failure. And we all know Jade doesn’t like to fail at anything! Maybe filming a date would be too problematic (the guy probably wouldn’t like being filmed anyway), but Jade really has to go outdoors and give us some exciting public footage! Don’t get me wrong, this video is fantastic, it really shows how tough it is to deal with having two steel plugs inside of you! Jade is getting more and more excited by the front plug, while the back plug is really starting to annoy her. Showering is not easy, but she manages to do everything, including putting lotion on her legs (even if she has to sit on the floor for this). The best part is that Jade never stops muttering to herself, so we get a great insight in this Chastity Deal… Jade Indica with 2 big plugs inside of her