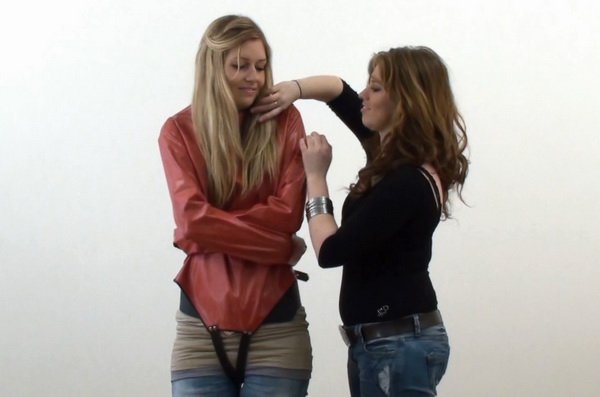 A red leather straitjacket? Or is it rubber? I haven’t even tried that one yet, but my sister has already been strapped into it by her girlfriend Sabine. Wow, now Isis is getting experiences I have not had yet! It seems they are still having a lot of fun playing with bondage gear, but it is not very serious yet. Sabine is developing her dominant side, so I think things will get more real soon for Isis. That’s what she wanted! My sister has commented on my belt and collar so often, now it is her time for a life change! 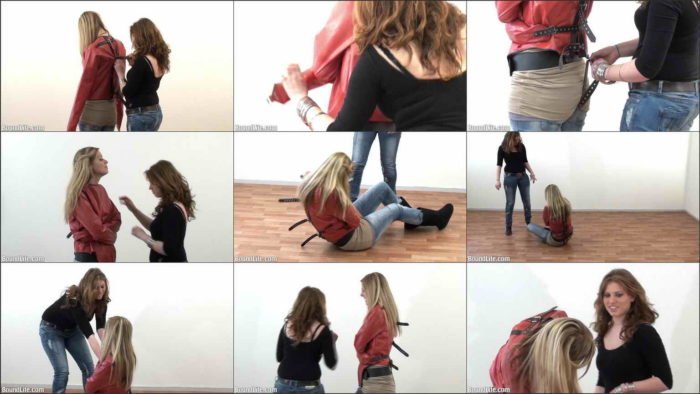 Isis and Sabine – Gags and cuffs