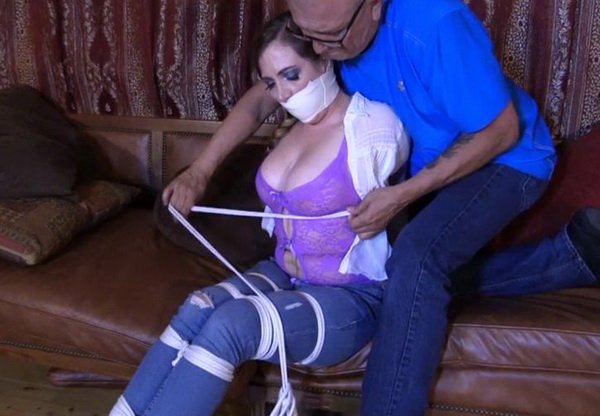 Samantha had a thing for the man who lived next door. She also had a thing for bondage. So when her husband went away for a business trip, she somehow found a way to get her neighbor to come over. This is when she told him her kinky secret, that she liked being tied up and gagged. At first the man was reluctant, but Samantha had her way of making him see things her way. She told him where to find some rope and soon she found herself all tied up…