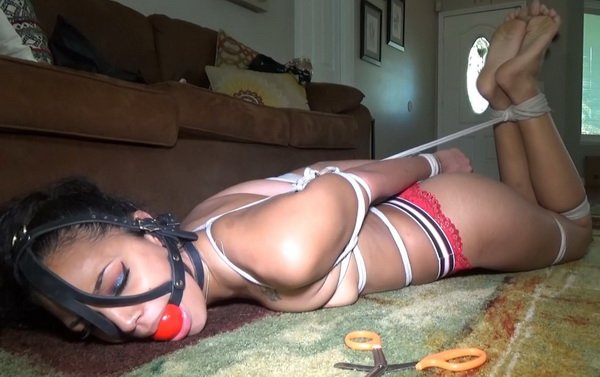 Honey Dew toe bondage – Ebony heiress home invasion. Beautiful ebony heiress Honey Dew recreates the terrifying nightmare of her home invasion captivity. She sits of the couch telling the story of how the her captor ambushed her when she walked through her front door forcing her to strip off her clothing as she trembled in fear. The older woman tightly tied her thighs then her ankles before adding a chest harness and a crotch rope splitting her pussy in two. The poor thing has her elbows crushed together and she sobs into her ballgag. Honey can barely move and she tells her tale in flashbacks. The perverted captor tied her big toes together and left her alone struggling on the rug while off she went searching for the rich girl’s cash and jewels. Honey cries and rolls trying desperately to reach the scissors that were mistakenly left next to her bound body … 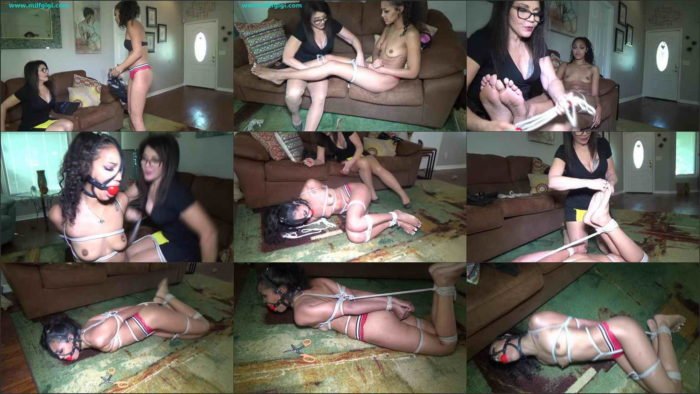