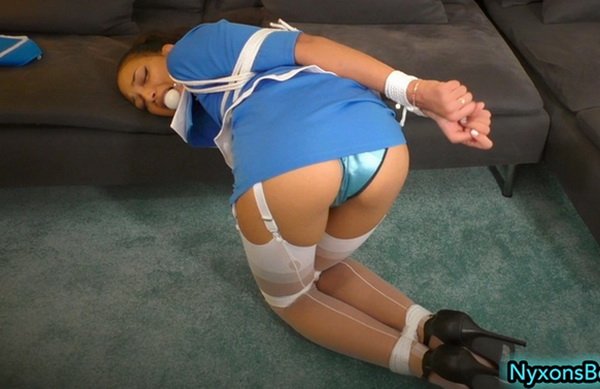 Flight Attendant Honey has just returned from a trans-Atlantic flight, when she’s ambushed in her living room by Secret Agent Nyxon. The clip opens up with Honey tied on her couch, and Nyxon questioning her about a certain hard drive. Nyxon is certain that Honey is the one transporting it, but Honey claims that she doesn’t know anything about it. Annoyed at her constant lies & whining, Nyxon takes a white ballgag, and shoves it into Honey’s mouth, pulling the strap tight. Honey screams through her gag, and Nyxon tells her that if she’s not going to cooperate, then she’s going to have to call in her muscle. She leaves Honey to struggle on the floor while she searches for the hard drive. 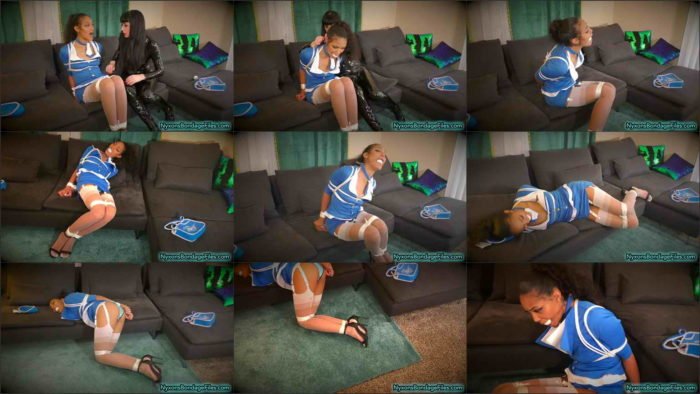 Nyxon Is The Reluctant Girlfriend, Frogtie, Damsel In Distress – NyxonsBondageFiles