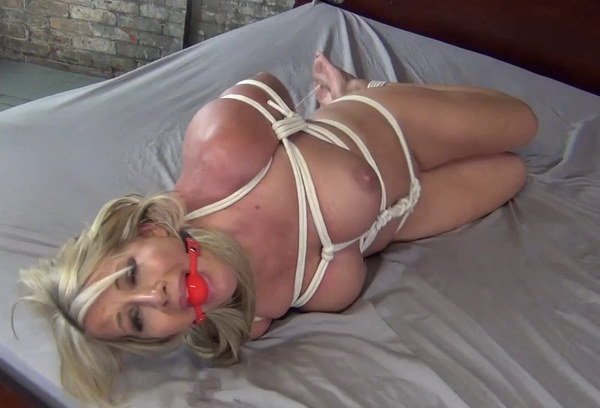 Its the Final quarter for the caught football wife. Poor Jamie has spent the entire game tied and gagged over and over. The tight crotch rope in her the entire time rubbing her raw and roughly. She spends her time waiting the outcome of the game in a hogtie and ball gag. Naked and drooling from the round red ball tightened into her mouth. Her toes throb as they turn a purple hue from the straining toe tie her big toes are looped in. The cord running up to her back rope curling and wrinkling the soles of her feet. Her captor comes back to announce the results of the game. Unfortunately for Jamie… the news isn’t good for her as she panics going into a fit of struggling. 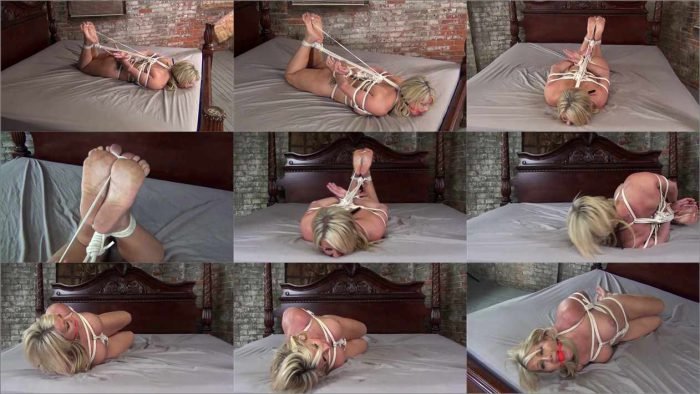 Bella Ink Hogtied and Ball Gagged In Her Room

Cant Find The Off Switch With Tied Adara