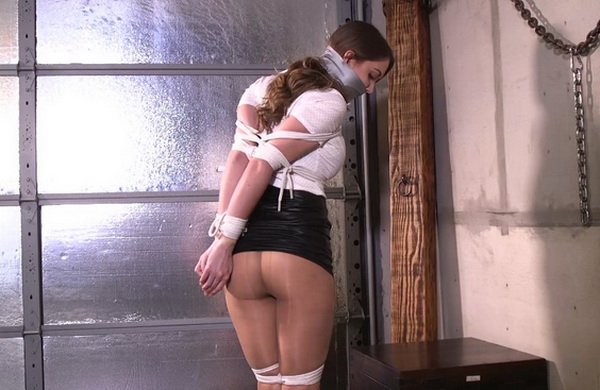 Because she has shown up late for work, Chrissy and her boss have missed an important meeting. When he asks her what happened, Chrissy came up with some lie that her room mate had a problem. But then, the boss noticed Chrissy had rope marks on her arms and legs. It takes some prying, but Chrissy admits she was late because she let her room mate tie her up. She could not get her to let her go in time for work, because the room mate had her gagged also. Chrissy admits to her boss, that she likes being tied up. The boss tells Chrissy, “Maybe to punish you, I should tie you up” Hearing this, Chrissy gets excited and lets him know that she would be willing to let him tie her up. She even produces rope from inside her purse. A short time later, the boss has Chrissy struggling bound and gagged. But it becomes very obvious to the boss, that she is suffering as if it were a punishment. In fact she is even hoping he adds more rope. Which he does a short while later. Now hogtied on the floor, Chrissy can only hope that her boss punishes her more by pulling her panties down and taking advantage of her while she is tied helpless. 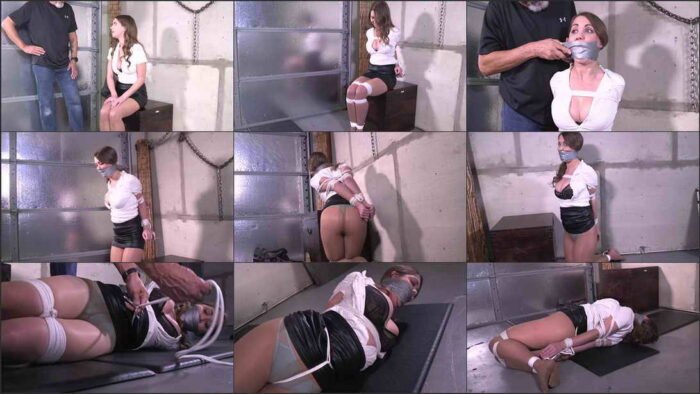 |olderwomentied| Sister Chrissy Marie – They have me Tied up and gagged! But OMG it feels so good!

Luci Lovett Bondage – Tied up and turned on! Come on! Hurry up and Fuck Me!

Carmen Valentina oldschoolbondage – Don’t be surprised if I tie your daughter up naked!

Step daughter Chrissy Marie tied up with her shorts pulled down, Oldschoolbondage