Home » Bondage M/F » Goldie Blair gndbondage – Don’t leave me like this! Tied up with my big tits out! 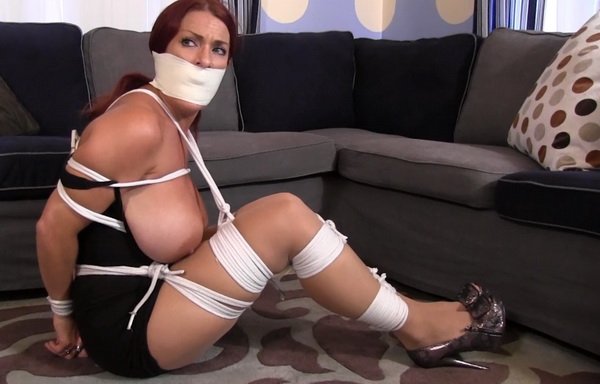 He needs to get out of town in a big hurry. But he knows that as soon as he walks out the door, Goldie will be on the phone to call the authorities. He has no choice but to take her with him. Goldie begs him not to. She promises not to call anyone. When he still refuses to leave her, she gives him another option. “Tie me up!” she tells him. After thinking it over for a short while, he takes he up on this offer. Using rope she had in her garage, he soon has her trussed up. Then so she cannot cry out for help, he stuffs her mouth and tapes it shut to gag her. After he adds more rope until he is sure Goldie will not be going anywhere for a while, he adds another twist. Something Goldie hadn’t counted on. He pulls her top down so her great big tits burst out. Now as he gets ready to make his get away, Goldie tries to plead with him. “Oh My GOD! You can’t leave me like this!” Long after he is gone, Goldie is able to work her way out of the ropes. But calling the authorities now would be useless. Because the man is now long gone and probably out of the country by then. 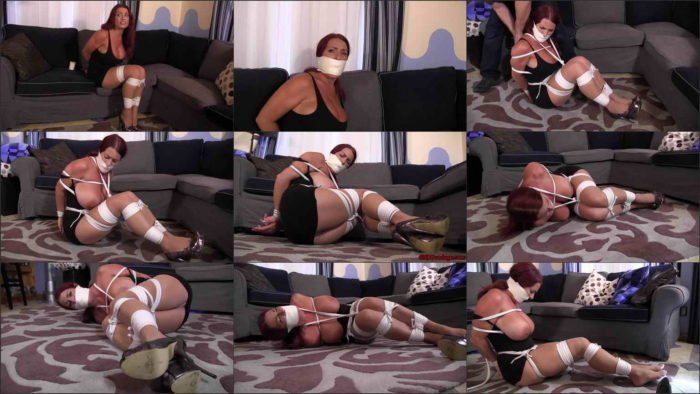 Christy Cutie gndbondage – Tie her up and don’t forget to gag her!