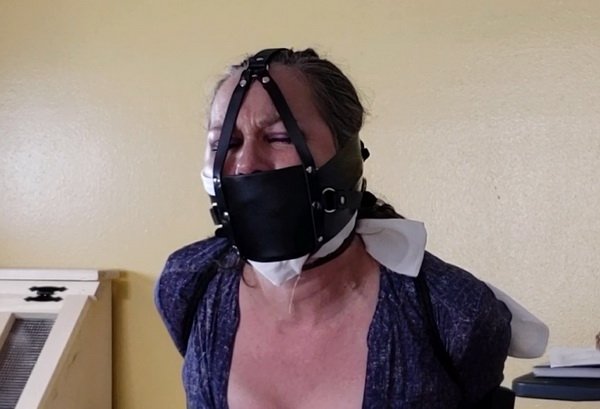 Genevieve had NO idea what she was in for from this bad guy! Chair tied with legs spread, revealing her panties, she thrashed and struggled in her bonds, drool flying everywhere from her ball gag. Little did she know, that was the easiest she was going to have it that day! By the time he was finished with her, the bad guy had given her the meanest, tightest most effective gag she’d EVER worn! He started by packing her mouth full of nylons and sponge, then added layer after layer, each worse than the last! Starting with a cloth cleave gag, he added an electrical tape cleave to reinforce things, then a pair of panties were stuffed in the gap and micro-foam tape wound tightly around, making her lower face disappear! Next game a fat sock tied tightly over her mouth and around her head, followed by a plain cloth over the mouth gag, THEN even more electrical tape! By now her cheeks were bulging, her head pounding and her screams faded to almost nothing, but STILL her captor was not finished! A snug harness panel gag followed by a complete head wrapping left her silent and sightless! To say she would not be calling for help was an understatement! She never stops fighting her ropes or gags, proving herself one of the toughest ladies in the bondage business, and that’s saying a lot! Of course, Genevieve isn’t saying much of anything! 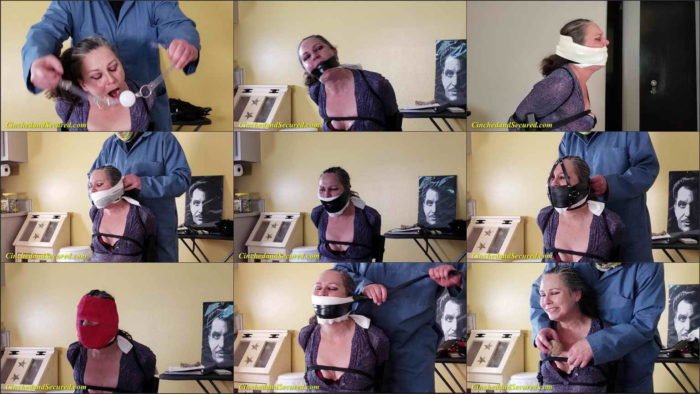