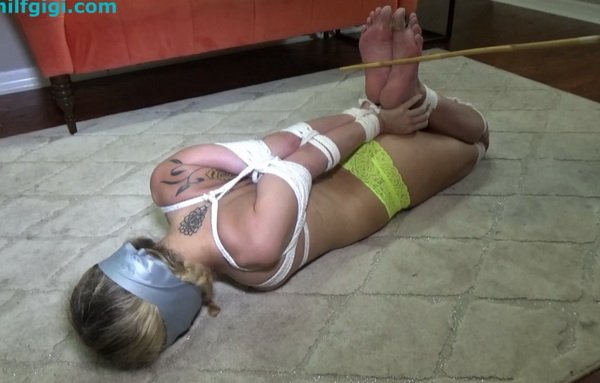 Petite Garnet Rose lies on the floor brutally hogtied. Her small tits are roped up in a chest hardness and her elbows are painfully fused together extremely tightly with rope. She wears only her underwear and sweaty ankle socks. Garnet’s big toes are tied tightly together with thin twine cord. The suffering captive is left waiting for me. I bring out the bamboo cane and explain to my bound prey that I have a very rough bastinado punishment for her today. I begin by warming her feet with the cane while taunting her and as I lay the cane down I inform her she has to try to escape the punishment but right now the task looks too easy. I tape up her eyes blindfolding the pretty then force a big balllgag into her mouth strapping it tightly. I connect the ball gag with the twine securing her toes so that she’s arched very hard. Poor Garnet rolls around struggling and moaning but of course the minutes tick away and she fails to escape. I tell her how hard the twenty stikes to her soles will be as I remove the twine and her socks… 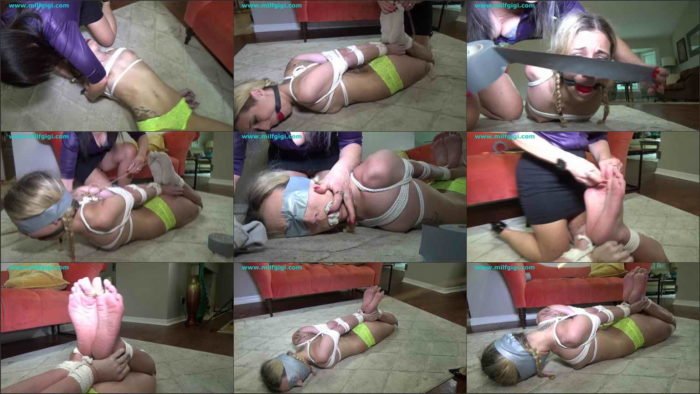