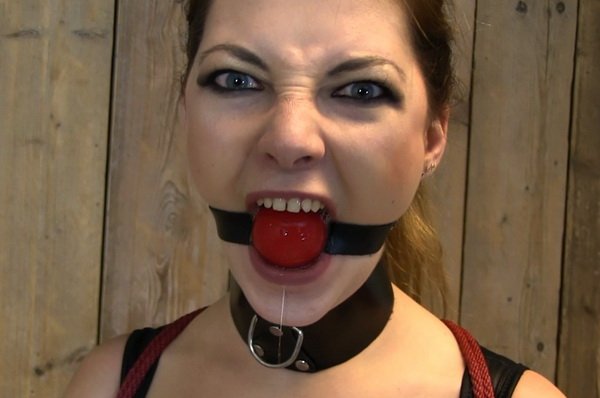 Kristin is a Mistress and she is a very dominant person. She reluctantly agreed to be tied up, regretting it already after a few seconds. She thought she could easily break out of the ropes, but it is a pulled up box tie, and there is no escape from this tight tie. Kristin got more and more angry, demanding to be let out, she even got a hold of her whip and threatened us! We just gagged her, which made her furious! Watch out! 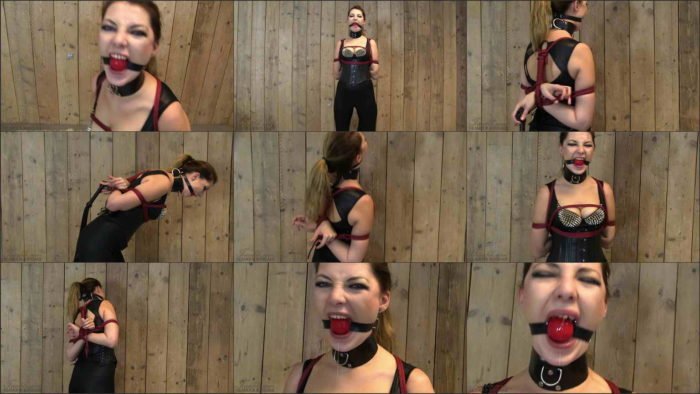 Tied and Gagged Nikkole in the Safehouse