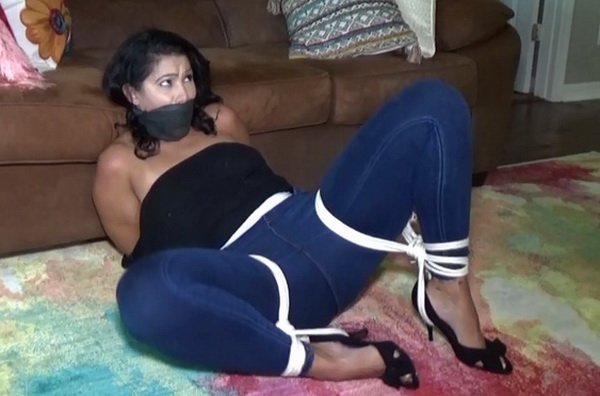 I enter the room and in front of me there’s a frog tied rival French agent Enchantress Sahrye. I force her big mouth open and shove a pair of my dirty panties in her mouth then wrap her face with many layers of elastic bondage. I can barely stand the stench of her unbathed body. I taunt and humiliate her with tons of verbal humiliation and comment how swarthy she looks compared to you. I compare my superior American body to hers then make surrender jokes mocking her French ancestors. I call her a frog, snail snapper, mocking French men who have small cocks, cheese eating surrender monkey. The curvy French woman struggles desperately in her bondage while I continue making her unbearably humiliated with french stereotypes. I laugh as I dangle a white flag in front of her taunting her. I finally leave her bound, gagged and thoroughly humiliated. 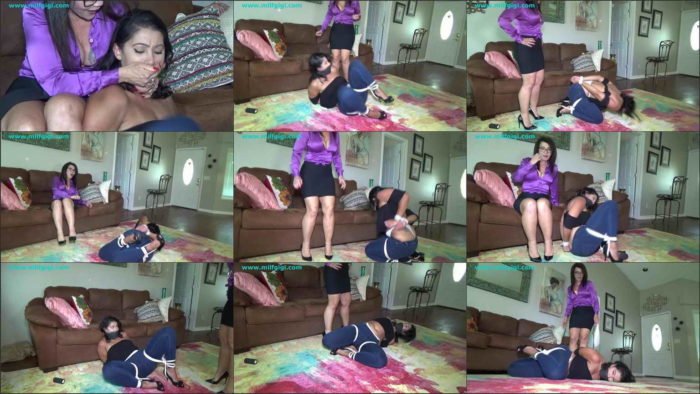 Sexy Latina Enchantress Sahrye on display for your pleasure