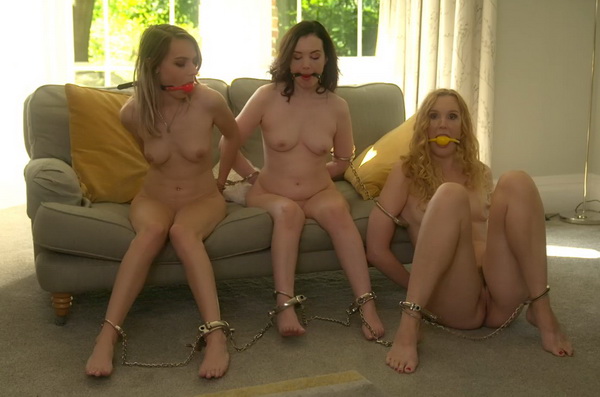 New regulations have piled on new regulations, until distopia has finally been achieved. Independent contractors like Ariel Anderssen, Chloe Toy and Faye Taylor have finally been turned into the indentured servants of big business, and now they are forced to work in the big company’s humiliating porn-creation department as the slaves of the company.
Who knew, it turns out that they’re less than delighted with this turn of events. They’ve gone from skilled independent producers to drones – and they are going to act accordingly. If there’s any way they can make life harder for Master Card, the dominant producer assigned as their photographer and videographer, they will. Somehow they have “forgotten” how to take selfies on a phone, how to do sexy voices for video, how to pose, everything.
Master Card gets more and more infuriated with the recalcitrant trio as he tries to get production rolling to meet his quote. Spankings don’t motivate them, or at least not sufficiently to make them actually do a good job of anything. Three more bratty, uncooperative performers you will never find! Gags make life a little more bearable in that they at least stop Ariel making noises like a siren, and he finally decides he has to take similar drastic steps with the other two!
Hywel’s note: we filmed this fabulous custom during September 2021 when OnlyFans was going through one of its periodic “we don’t want sex workers oh yes we do” upheavals and the clips platforms were bringing in onerous new regulations. It was lovely of someone to hire us to blow off steam about it all in this comedy way! 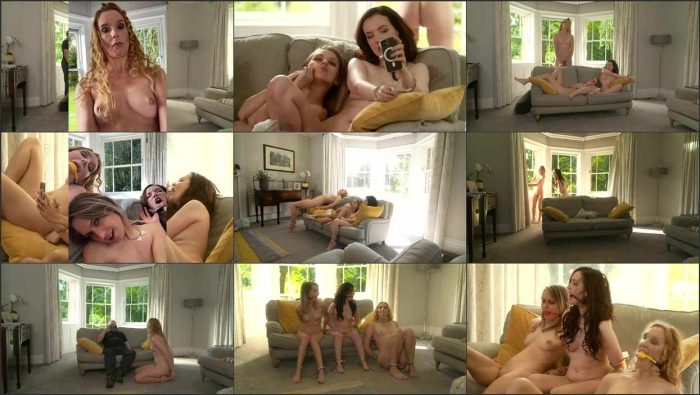