Home » Bondage M/F » Enchantress Sahrye – Tied tight and moaning through a gag as I begged him for more! gndbondage 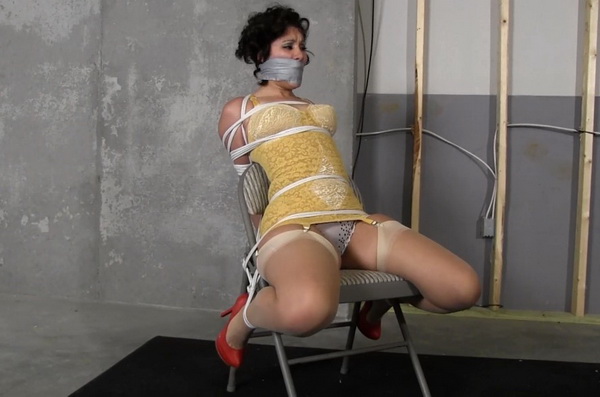 Sahrye went to pay her step-son’s football coach a visit hoping she could sweet talk him into letting her step-son back on the team. But Sahrye had a very bad attitude and the coach realized that she and not her step-son, was the one who needed to be dealt with. So, the coach grabbed Sahrye and bent her over to give her a hard spanking. When this didn’t seem to straighten her out, he pulled her dress off and tied her up in her full-figured girdle. He tied her with her hands up to the ceiling and in a kneeling hogtie. This gave the coach better access to her curvy butt and he continued to give her a good hard spanking. Sahrye screamed with each slap and was making way to much nose. To put an end to the this, the coach stuffed and tied a rag in her mouth to gag the curvy Latina step-mom. After spanking her for a bit more and realizing that he was not getting through to her, the coach re-tied Sahrye to a chair with her legs spread apart. He also re-gagged her by stuffing a huge pair of panties in her mouth and then wrapping tape around her face and over her mouth. Taking a different approach of fondling Sahrye and getting her turned on seemed to work a little bit better than being rough with her. Then when the coach touched her in the right spot, Sahrye began to enjoy what was happening. At one point, she started losing control and began moaning very loud as she begged the coach for more. Finally, she somehow convinced the coach to untie her from the chair and take the gag off her mouth. Then after he bent her over the chair and started pulling her panties off, Sahrye told him that it might be a good idea to gag her again so she could scream loud as she enjoyed what was happening to her. 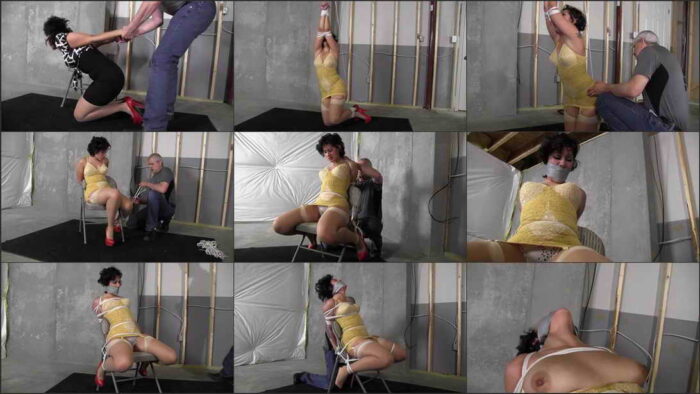 Borderlandbound Ella-Mai & Gina in: ‘Keep a Close Watch On That Dude. He Looks a Slippery One!’ Full Movie

Krystyna Dark – Gag Me! We don’t want my napping husband hearing us! GNDB0517B

Kordelia Devonshire – Get me out of this chair!