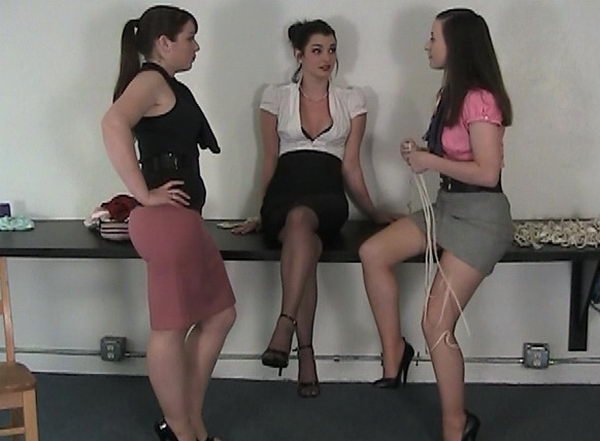 We found Ms. Davis stuffing gag materials into her bra. She was muttering something under her breath about being the main bitch around these parts… we will see about that. Serene and I walked up to her and asked her what she was doing. Of course she started sputtering lies about how she was trying to help us out and make sure everything was in order. I asked her if I had given her instructions to do such things and why she wasn’t working on the reports that needed to be done. She just grinned at us speechless. Serene and I pulled the panties out of her bra and decided to stuff them in her mouth instead. I took the scarf Ms. Isley was wearing and cleaved Belle with it. I then held her still while Serene tied her wrists and elbows extremely tight, so tight that Ms. Davis’ forearms were laying on each other… 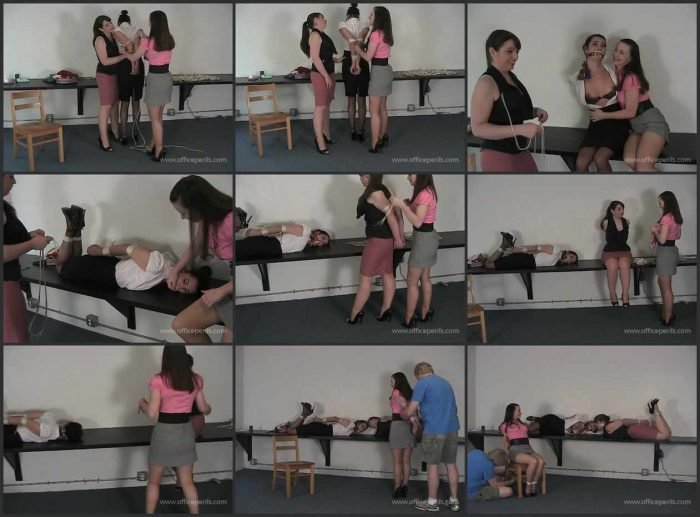 Elizabeth Andrews all tied up and drooling through that ball gag