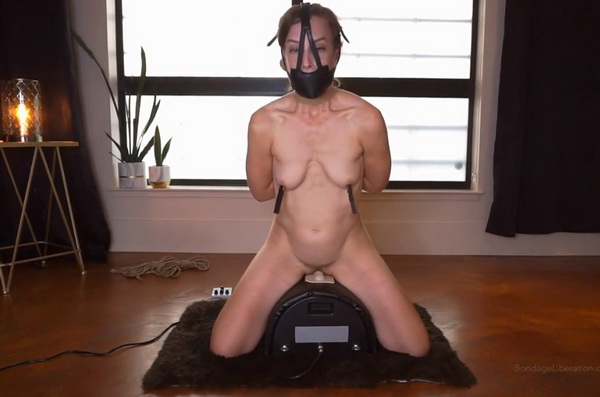 Kino Payne has his opportunity to switch places with Elise. It is now Elise on the Sybian, with Kino at the helm of the play. He begins by stuffing a giant sponge into Elise’s mouth, firmly packing it in before covering her face with Tagaderm – very sticky transparent medical tape and ultimately securing it all with a leather face hugger. He knows that Elise is going to be loud and Kino wants to mitigate much of that noise from the get-go. After Elise is instructed to stuff her ass with a small electrical plug, she sits onto the Sybian and is tied in an arms-to-neck choking position with her fetish shoed feet tied in the back, preventing her from getting off the Sybian. Kino is obviously enjoying himself, what with the choking, caning and electrical play he is orchestrating. Meanwhile, Elise is orgasming over and over and over again… 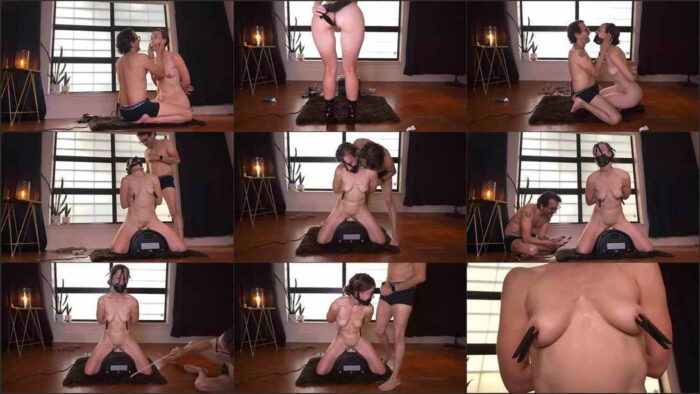 Elise Graves Under the Pump

Yours for the Taking, bondageliberation