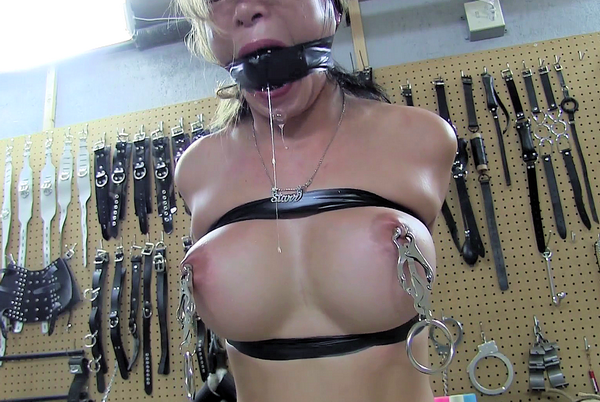 The electrical tape was so effective that the only thing on my mind were two things: the gag and my elbows. This. GAG though…. just crippled me. Who knew that the electrical tape would get tighter. The way Martin wrapped the tape around my head and over the gag was just pushing it way inside my mouth. And sometimes when the gag sits real deep, I like to occasionally push it out with my tongue but this time I couldn’t even do that! I will admit though, I much prefer being ball gagged over having my mouth taped because I love being able to drool, so I loved the fact that the way Martin wrapped the tape over the ball, I was still able to drool as much as I wanted. 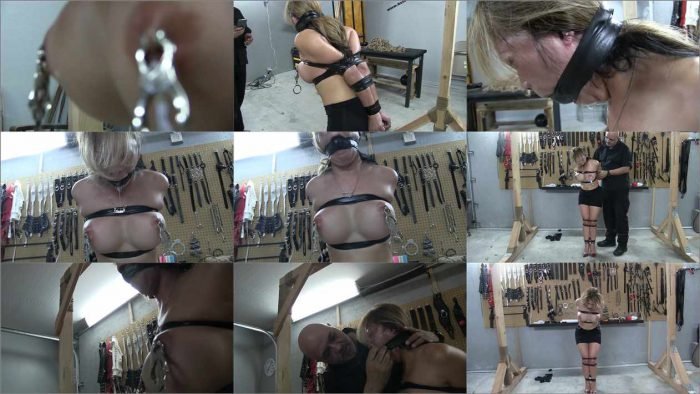 Asiana Starr Strappado, Clover Clamps And A Big Ball Gag Part 3 – Easy Is Not In Our Vocabulary