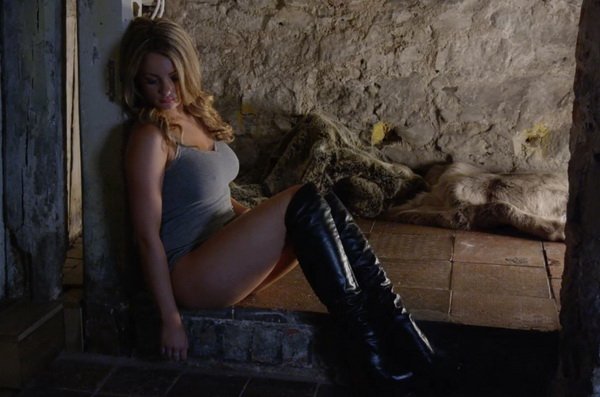 Undercover Agent Penny Lee has tracked the gang down to a spooky old house. She slips in, but one of her nemisis’ thugs has spotted her! She’s held at gunpoint and forced to administer knock-out drops to herself so her captor can chain her up head to toe in the dungeon! Will our plucky heroine be able to escape before the villain’s dastardly plans come to fruition? The villain torments and teases Penny, saying that she will let he go – all she has to do is slip out of her bonds! But of course the chains are securely padlocked… oh, and to give Penny a little bit of extra motivation, she leaves behind a ticking time-bomb! 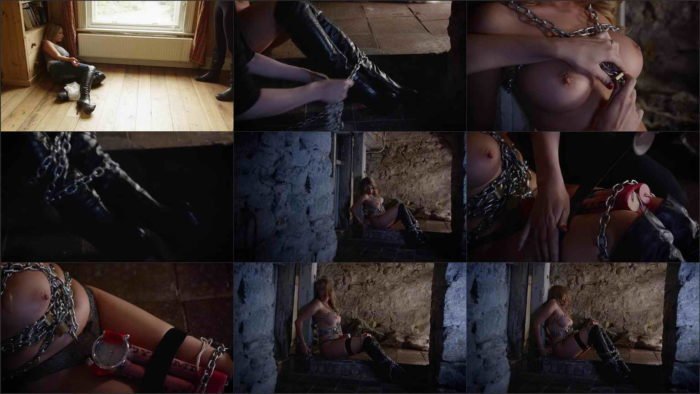