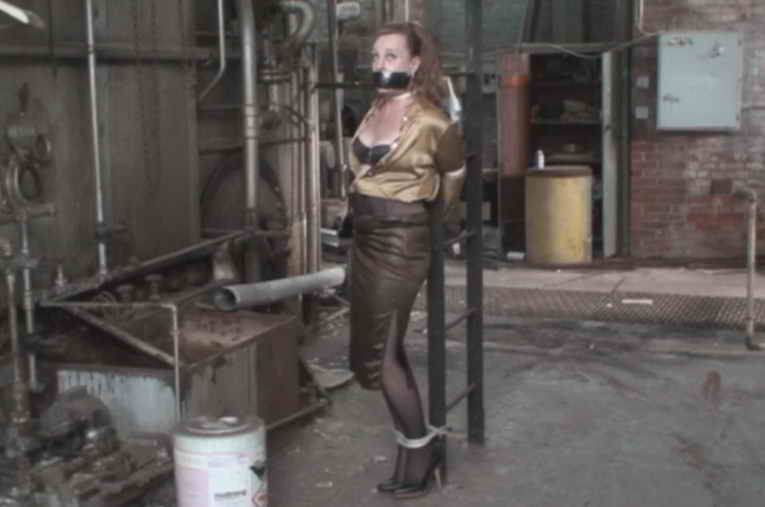 The Hunter’s neighbor’s bitchy wife Dominique needs some more attitude adjustment so she finds herself tied to a ladder in the old power plant. Her wrists are tied behind her through one of the rungs on the ladder. She calls out for him but he isn’t in sight. She struggles to get the knots free and doesn’t see him sneak up behind her. He clamps his hand over her mouth and stuffs it full of rags. Her mouth is then duct tape shut. A rope is tied around her throat and to the ladder. He then ties her elbows close together behind her back. She tries to kick at him but he ties her ankles to the base of the ladder and leaves her there helpless and alone as punishment for being such a bitch. 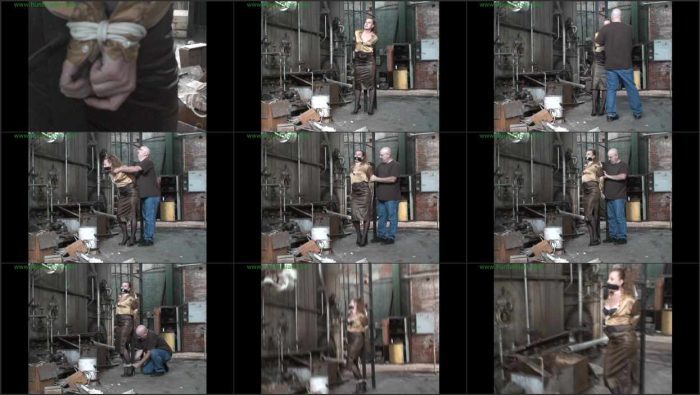 Kristyna Dark – Grabbed at home she found herself cruelly bound & gagged in a foul pit, jimhunterslair

Slyyy – Cranked up into a evil back arching chicken wing hogtie, jimhunterslair