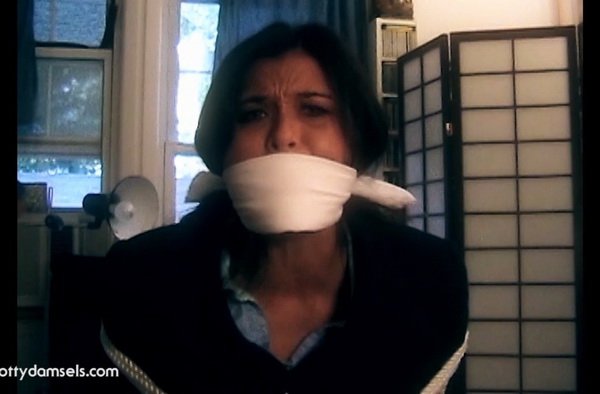 Detective Tomiko thought she had a good distance in tailing a counterfeiter she had been following for a client, but she was surprised when he got the drop on her. He brings her into his house and ties her securely to a chair. As she demands to be released, the man stuffs a rag in her mouth and ties a white cloth tightly over her mouth, gagging her.
She shouts through the gag “You won’t get away with this” before the man leaves to tie up some other loose ends, leaving Tomiko alone, bound and gagged. The fiesty detective doesn’t let the chair stop her as she tries to hop her way to the front door or at least to a sharp object to where she can cut free of her bonds. 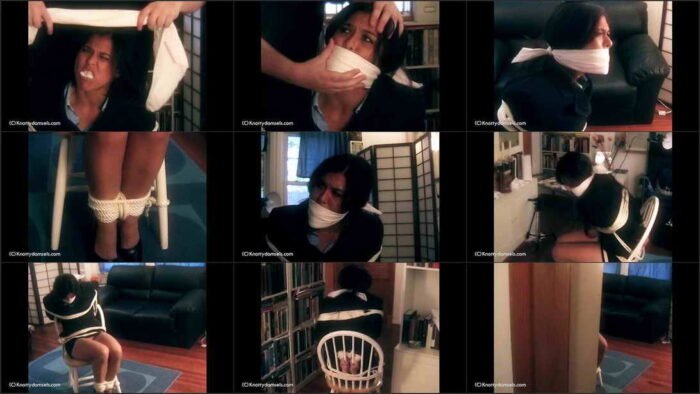 Knottydamsels Kristyna Dark bound to a chair and cleave gagged

Sydney Hale taken to a cabin in the woods, chairtied, nose hooked