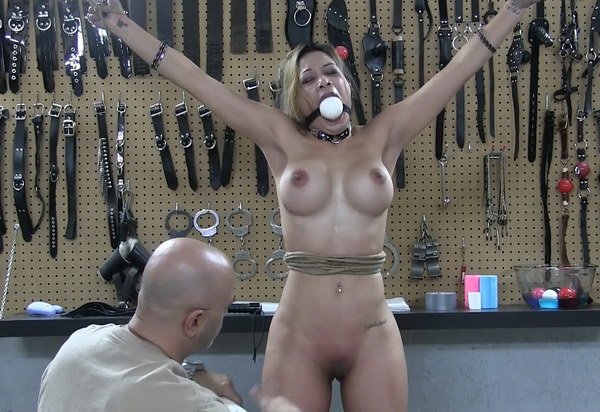 By now, my tolerance to the stretched position and the rope around my wrists was really wearing me down but I know we’re not even close to being done. Martin continues t0rmenting me in every way possible. Tugging on my pussy rope, flogging my tits, then changing my gag to an even bigger one! My pussy is hoisted to the ceiling while he flogs my thighs, sending me over the edge in anger. A few times I wanted to scream but that took more energy than I could spare at this point but Martin only removes my crotch rope and forces two orgasms out of me in a row. I must have really enjoyed more than I wanted to admit. Suffocation Sacrifice Custom Video Part 2 – The Boss of my Orgasm