Home » Bondage M/F » Dani Lyons Made an Example Of, futilestruggles 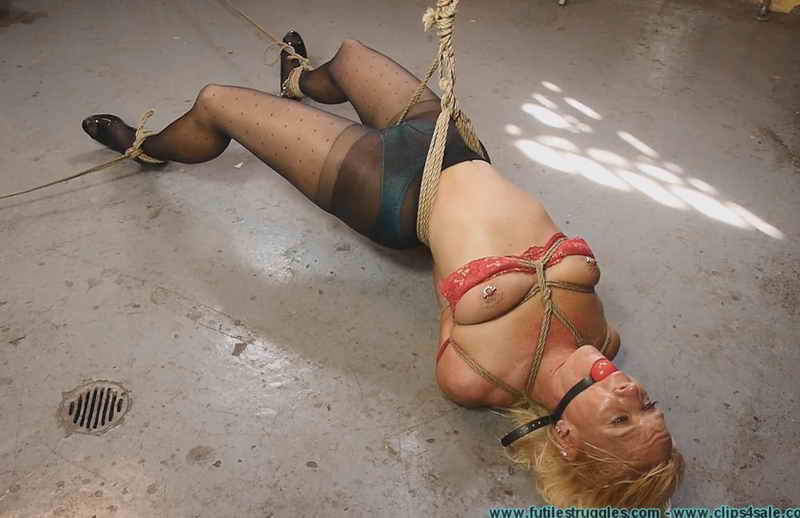 Dani and another young lady are in Jail. They are both cuffed and leg ironed seated in metal chairs. dani is trying to get out of the cuffs and causing a disturbance. Officer Cain has seen it before. One prisoner provokes the others and the next thing you know you have a riot on your hands. He knows that the best solution is to take care of the problem promptly. He walks into the jail and ties a rope around dani’s neck. The other prisoner is stunned and hysterical. Bigger jails have separate areas where they can segregate the prisoners, but this is a small jail and officer Cain must improvise. He decides to make an example of dani to deter the other prisoners from following her lead. He ties her neck rope overhead nice and tight. He leaves her for a bit before returning. He removes her skirt and rips off her blouse. He adds rope around her ankles, but takes time to grope and slap her ass. Next he ties her elbows together before adding more rope above and below her tits. The other prisoner is shocked at what she is seeing and keeps making unwanted comments. Office Cain ball gags dani and then threatens the other prisoner with a ballgag as well. More rope is added around her waist before she is made to get on the floor. He ties her waist rope over head so as her waist is about a foot off the floor. Then a crotchrope is added and tied off overhead. danis does her best to relieve pressure on the crotchrope by keeping weight on her forearms and feet. Officer Cain ties the ropes around her ankles off to the cell bars, forcing her legs apart. He tells the other prisoner that she shall remain a floor decoration for a couple of hours. After a while Office Cain adds clover clamps to dani’s nipples and ties them back. The clip ends a little over a minute later. 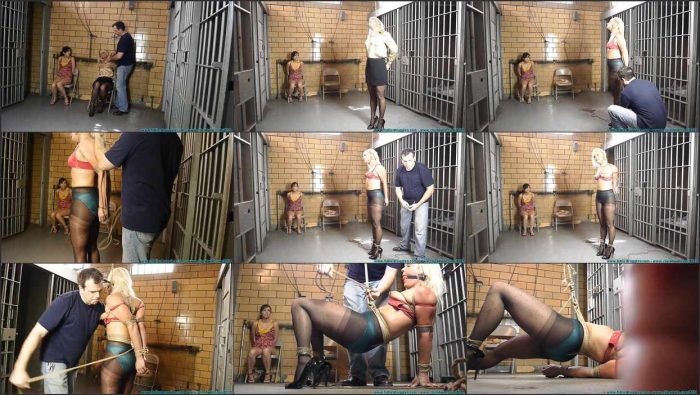 Alice – I Need to be Punished for the Naughty Things I’ve Done! Part 1, futilestruggles