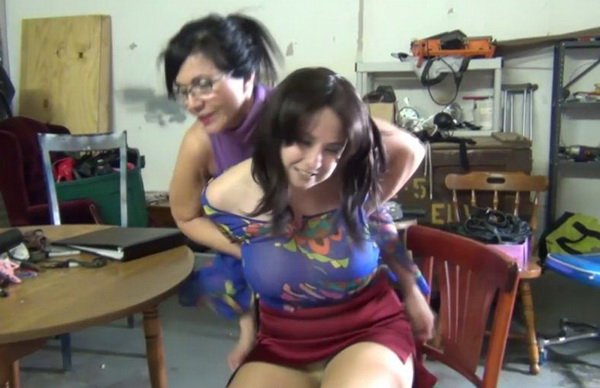 Busty Latina Gia Love decides to organize a rally at work with all the immigrants against the company for more rights. Dumb lazy hispanic bitch thinks she’s a union leader. I march in the break room and demand she get off the phone off her ass and back to work. Not on my payroll missy – you won’t cohort with other employees!! I clock her over the head and push her up against the wall and slam her elbows together. The fiesty big tit bitch is fighting, but I quickly rope her up and remind her that she’s just another illegal. Do what I say or I’ll turn your ass in! I take pleasure in ripping her blouse off and laugh as her big tits pop out. I kick the fiesty thing in the knees and she drops down to the floor. I add a tight crotch rope splitting her pussy in two while she grunts and curses me out in Spanish. Nice camel toe you dirty bitch – go back to Mexico!! This really pisses the hot Cuban off and I grab her neck and squeeze until she moans. You my dear will call your pendejos and organize on my behalf!