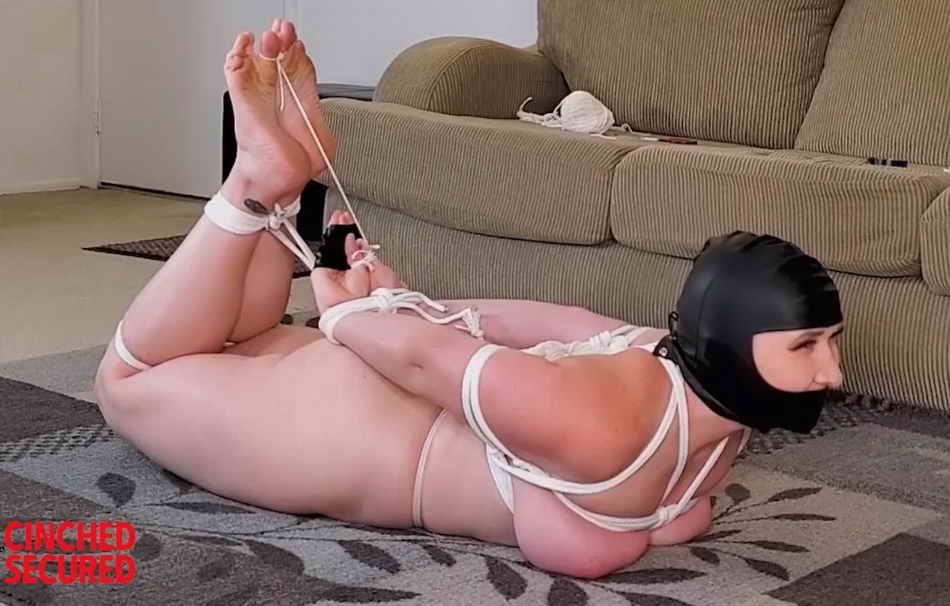 Dominatrix Dahlia Lark demands absolute servitude from her clients, and the little worm standing before her definitely has some lessons to learn. Refusing to even take a supplicant position, the man smirks as Dahlia turns her back and demands he be kneeling when she faces him again. BIG mistake! The man grabs her from behind and clamps a cloth over her face to muffle her screams as she informs her that her life is about to change in a very big way! Next thing Dahlia knows, she has been stripped completely naked and tightly bound in rope, with a snug crotch-rope causing her much distress! She demands release but the man simply clamps a hand over her yammering face hole, and then packs her mouth full of cloth and seals it shut with several strips of tape! Her cries now stifled, he really goes to work on her! He tapes her fingers together, ties her thumbs together, lashes her big toes together and hogties her, tying those toes to those thumbs for good (and painful) measure! Left to struggle in pain and fear, she is helpless to stop the man from carrying out his plans! He returns with a tight leather hood that he yanks over her head, pulling the laces tightly until her entire face is covered in skin tight leather, further muffling her cries! Only her eyes and nose are visible under the hood, and she listens in growing panic as he explains that she will permanently disappear to become the plaything of a group of men who love nothing more than breaking a haughty, defiant woman! Dahlia pulls and strains against her bonds, but it is no use! She’s about to vanish for a very long time! 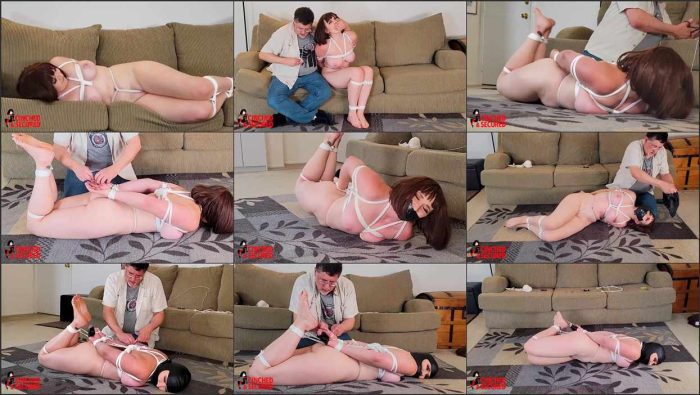 Bella Luxx and the Burglar, Cinched and Secured

Izzebella Robbins – Give Me Some Sugar, Baby! Cinched and Secured