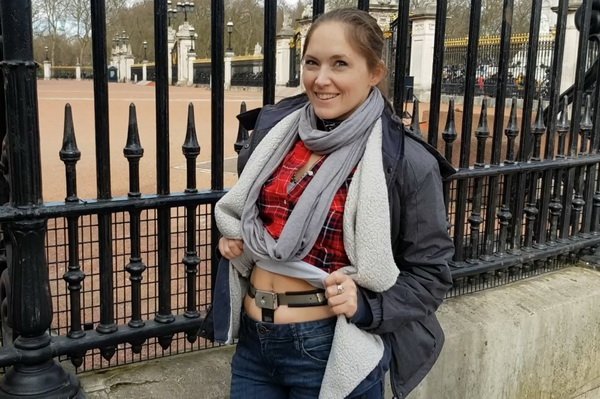 After giving Rachel Adams a chastity bra for her birthday, we couldn’t wait to see London! It was going to be exciting to see all the touristy places, and even more so because I was going to see them with the awesome Rachel Adams locked in full chastity!!
We saw a lot of things, like Battersea Park, Buckingham Palace, and many other landmarks, check the video to see where we went! I imagine it is especially interesting to watch if you are from London or if you have ever been there. We also got into a bit of trouble a few times, looking the wrong way when trying to cross the street, and trying to film the metal detectors inside some venues. We were definitely being very touristy!
Rachel was still getting used to her chastity bra, changing the way you breathe is not easy. She was hiding it under a cute shirt, but the chains were very visible most of the time. Her collar was hidden by a scarf, but the ring poked out which was pretty funny. Her belt was perfectly covered, but she flashed it a few times, even in front of Buckingham Palace! I wonder what the queen would think of that!!
We had a great day roaming around London! It was a perfect birthday trip and the long day in public really helped Rachel Adams to get used to her new tight bra. She will have to wear it a lot more, but that is no problem, because she loves chastity so much!! She is completely used to her belt, which she wears a lot! Rachel is so tough, she will challenge herself to be in full chastity as much as possible, and I will support her! It was a perfect day! 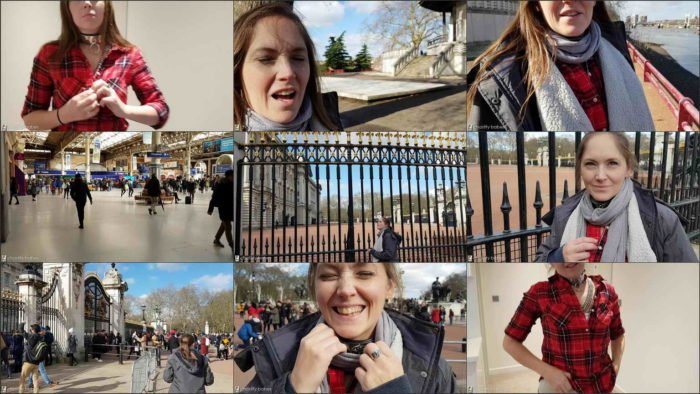