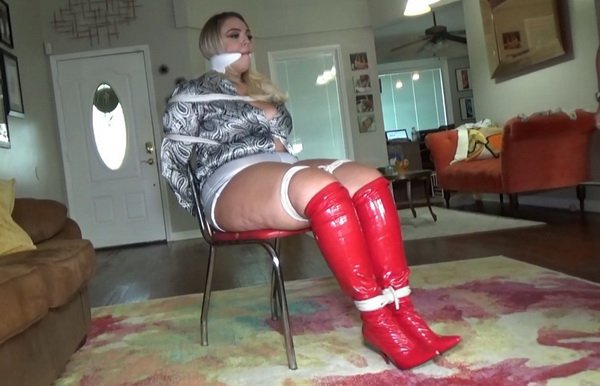 Detective Scarlett Venom arrives with her new rookie partner/lover to a location where suspected suspicious drug smugglers have been operating. Scarlett pulls up to the area and phones in her boss. She gets the briefing and assures her boss everything will go to plan. She explains the plan to her partner and after scolding him for starring at her ass and boobs, she tells him that he should wait in the car first because it could get dangerous and hes just a rookie but after they’re done they can head on over to the hotel down the street and celebrate their arrest with a good fucking. The rookie detective is speechless and nods his head ‘yes’ as she leaves the car reminding him that she’ll report back in 15 min and to be alert for suspicious activity and to keep his phone close as to await for further instructions …. it’s been an hour and the partner pans down his phone to see his text messages sent to scarlett reading: “Hey what’s your status?” “Did you find anything?” “What’s your situation?” ” Are you ok?”” I’m getting little worried what’s going on”. The partner not knowing what to do sits in the car waiting for a response, wondering what’s wrong, why hasnt his partner answered back. He doesn’t know that it is because Scarlett was caught, cleave gagged and tied to a chair. I come in taunting the captured detective with my *. Scarlett shrieks as I am about to pull the trigger. Suddenly Scarlett’s partner shows up and knocks me to the ground out cold. Scarlett cries thru her gag thanking her partner for saving her. The partner ungags Scarlett is about to untie Scarlett when she tells him ‘no’. Scarlett tells him she wants to give him a wet sloppy blow job and after that she wants to be kept tied up, gagged and bent over and fucked from behind as a reward for his heroic feat. The partner puts Scarlett on her knees, still tied up, just as shes bout to start sucking her partner cock. 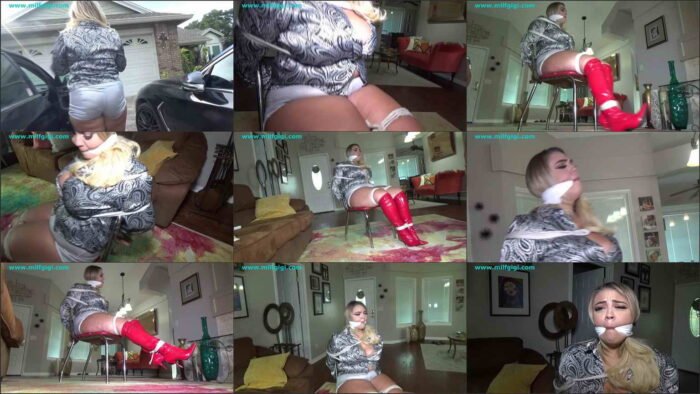