This Challenge was her hardest one during the entire Deal. She had proudly told me she got a new harness gag, and I decided she should test the gag properly. I gave Cobie a 1-hour Challenge! Standing in the tallest heels, handcuffed, with her harness gag locked to the ceiling. That sounds easy, just standing around, but it is a lot harder than you think! First her hands were in front, and after a while, I locked the handcuffs behind her back because I was suspecting she would try and take off the gag. Cobie actually did not know how long the Challenge would be and she was starting to panic (and drool). She collapsed to the floor when I finally released her from the ceiling chain. Those heels are killers! If you like to watch a good challenge, don’t miss this video. Even bondage veteran Cobie said this was intense! Spending a week in chastity is easy for her, but it gets harder when some random guy like me starts adding these bondage challenges!! But it shouldn’t be too easy for our Chastity Babes, I think you will agree. 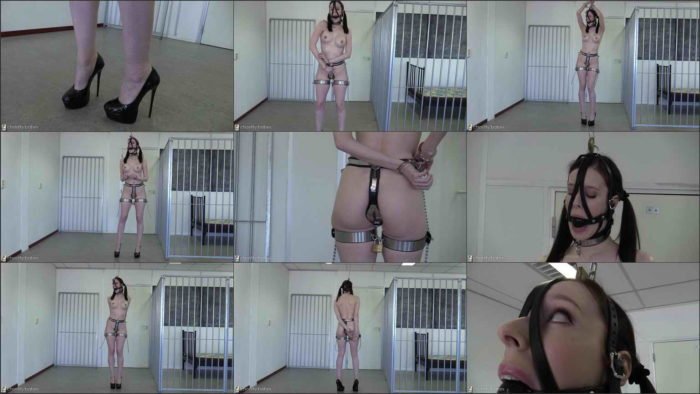 Jasmine Sinclair and Faye Chained to the Wall – Slave Vs Slave