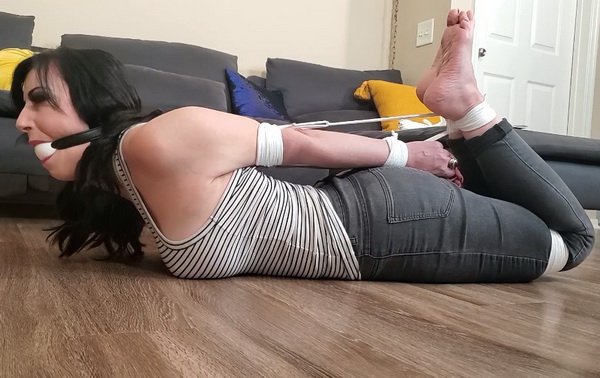 Nyxon was home alone one day fantasizing about being tied up and gagged, bemoaning that she had no one in her life to bind her properly when a knock came on her door. Answering it, she saw a stranger who quickly overpowered her and bound her wrists and ankles before leaving her alone on the sofa. Seems he was there to rob the place, but instead of being frightened, Nyxon found herself excited and turned on by the ropes fusing her limbs together. She delighted in how well the man man had bound her, and hoped for more! Sure enough, the man found her stash of bondage magazines and gear, and decided to grant her wish! Unfortunately, Nyxon soon realized that this man specialized in TIGHT rope, and as she protested at the way the ropes bit into her flesh, she found her complaints silenced by a huge ball strapped into her mouth! Now, hogtied and squirming on the floor, her elbows pressed tightly together in coil after coil of unforgiving rope, she was learning first hand that sometimes bondage wasn’t quite as fun as she had imagined! She had a new fantasy now: getting loose, but that wasn’t going to happen for a LONG time! 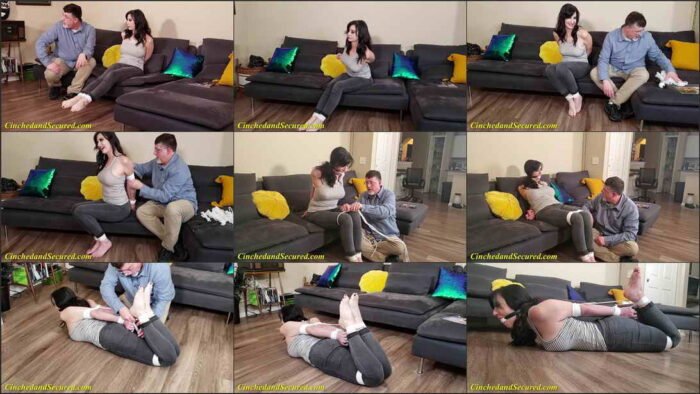