All Garnet wanted was a night at home, stretched out in her bed. She got that, but it turned out to be far more traumatic than she had expected! Her wrists and ankles bound and lashed to opposite corners of the bed frame, she can only twist and turn while pleading for help into the ball that fills her mouth! The architect of her distress, an unknown man who had been hiding in her home, cuts her clothing from her body, slowly pulling her panties up and through her sex before draping them over her gagged mouth! Now exposed, Garnet really puts up a struggle, her ass, tits, and pussy on display for the joy of her tormentor! Unfortunately, he can’t stay all night, but he does want to leave her with something to remember him by: A nice tight crotch rope buried deep in her pussy! Left alone, poor Garnet writhes and fights, but freedom isn’t in her immediate future! 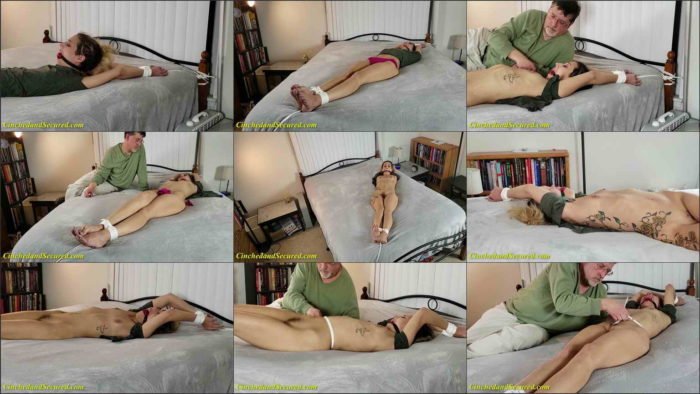