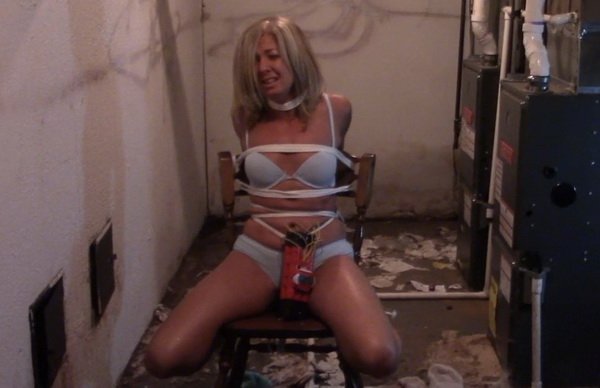 Dakkota has spent several days in the clutches of an evil man. He has done unspeakable things to her, driving her psych almost to the breaking point, but she has remained defiant and determined to alert someone to her plight. She knows if she can hold out just a little while longer, her husband will come to rescue her. She endures the tight ropes that lash her to the chair, including the wicked elbow bondage and the tight crotch rope that painfully splits her sex. She keeps crying and calling for help, even though she knows no one can hear her for miles. When her tormentor returns, he gives some extremely distressing news: Her husband is the one who arranged her ordeal!! He has no plans of rescuing her, and has in fact been watching every single thing that happened to her since she went missing via closed circuit cameras and video feeds. He has hired this man to make her disappear once and for all, but only after putting her through the most savage of ordeals. Now that her husband has tired of watching her torments, it is time to get rid of the girl. She watches helplessly as the man pours gasoline around her body, soaking the papers and rags that cover the floor, and then places an incendiary device in her lap, right up against her tortured crotch. As a final touch, he unties the ropes that secure her feet and refastens them them into a around her neck! If she lowers her feet, she’ll choke herself! With the timer on the incendiary bomb ticking away and her breath slowly being drained from her body, she can only wait for the inevitable to occur as wastes her final breath sobbing into the night! 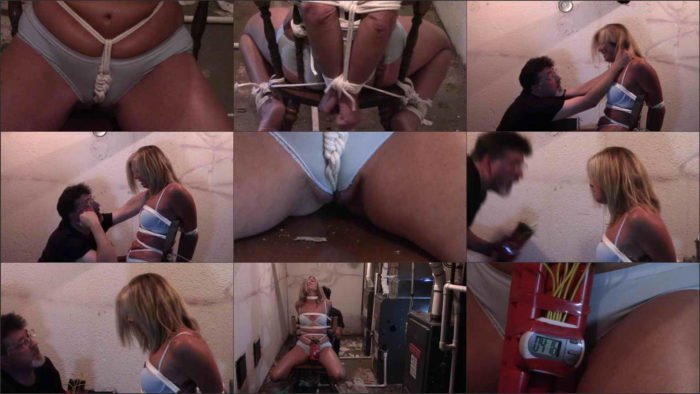