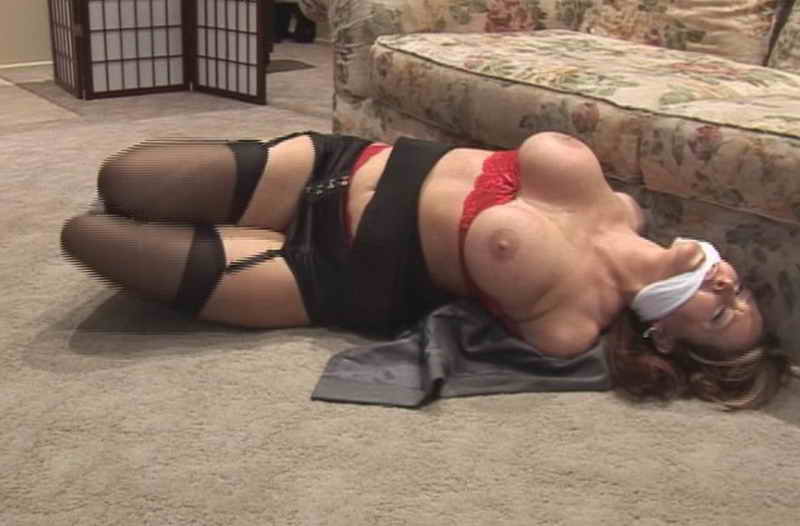 Investigative News reporter Christina has been working a story involving a man who she thinks is up to “No Good”. So one day, while he is not at home, she sneaks into his house to look for evidence. As she is nosing around, the front door stars to open. “Oh No he is home” Christina realizes. She immediately stops what she is doing and hides. She didn’t realize that she left her purse out in the open. The man realizes that there is someone inside and he finds Christina hiding. He ties her up with rope and stuffs her mouth with panties to gag her. After leaving Christina to struggle for a while, she works her way off of the sofa and onto the floor. The man returns and decides he needs to tie her up better. He bends her over the couch and tightly tie her elbows together. Then he her, face down on the floor and hogties. Later the man realizes that Christina might have help on the way and he needs to get away. But first he is going to leaves her pals a little treat. He opens Christina’s blouse and pulls down her bra to expose her big boobs. Christina grunts and squawks at him through her gag as the man tells her, “I am sure they will love what they see, when they find you!”. Christina will spend several hours like this until they do arrive find the busty news reporter bound, gagged and bouncing her big boobs as she struggles on the floor 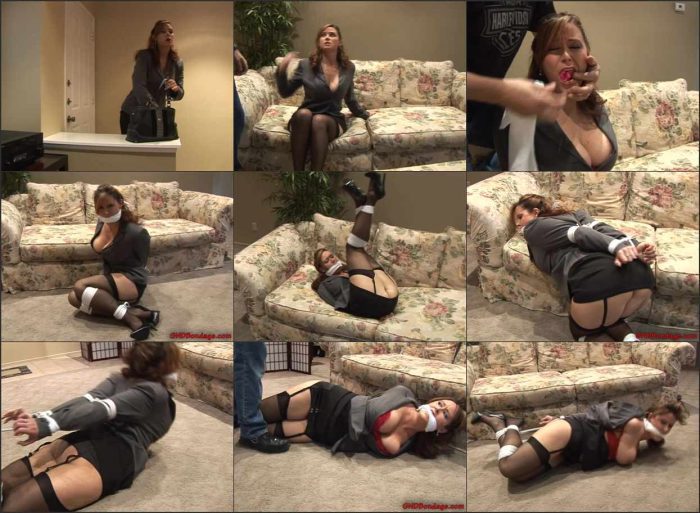 Christina Carter – You have me all tied up! Now Gag Me! oldschoolbondage

Dixie Comet – Oh My Gosh! Don’t leave me tied up and gagged like this! oldschoolbondage

Caroline Pierce – A very tight over the mouth gag, oldschoolbondage

Carissa Montgomery Tied and gagged with a pillowcase over her head, oldschoolbondage

Nyxon Tied in a reverse prayer in her bra and panty girdle, oldschoolbondage