Home » Bondage M/F » Chrissy tied up, She Should Have Just Gone To Work 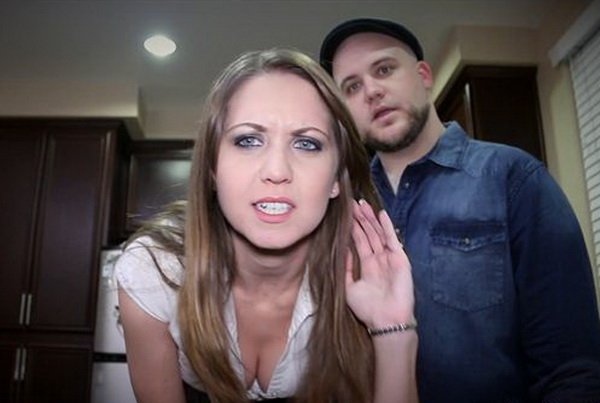 Chrissy is an arrogant and self-centered high paid businesswoman who is at home and is just about to leave for work when she hears a knock at her door. She opens the door to find our villain who is pretending to be a gas company employee who is stopping by to check for gas leaks, but it’s really just a front for his burglary enterprise. She seems rushed and doesn’t really want to listen to the guy, but he tells her that he needs to go in and check for leaks and that it could be very dangerous if he doesn’t. She sighs obviously bothered by him but decides to let him in and tells him to hurry up so she can go to work. He comes in and proceeds to get to work. However he needs Chrissy to leave so that he can get on with stealing her possessions. He starts off by asking if anyone else is home…. Cleave Gagged Chrissy Tied Up Behind His Back

Chrissy Marie Gag Talk, Tied Up In My Turtleneck 3