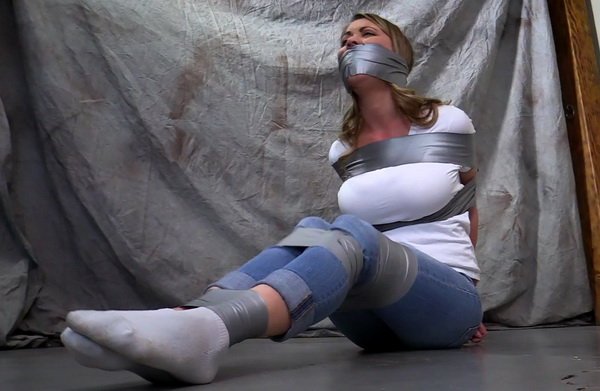 Chrissy has been captured and taken to a creepy hideout where she awakened to find herself tightly bound in tape. The scene begins with Chrissy begging her captor not to hurt her and please let her go. He stuffs panties in her mouth to shut her up, mentioning they were from the last girl he took which makes her eyes go wide in fear. Then he wrap around tape gags her tightly to seal them in. He leaves her there alone, scared and struggling desperately to escape from the tight tape, eventually finding herself on the cold hard floor where she struggles and squirms in her tight jeans and white ankle socks… 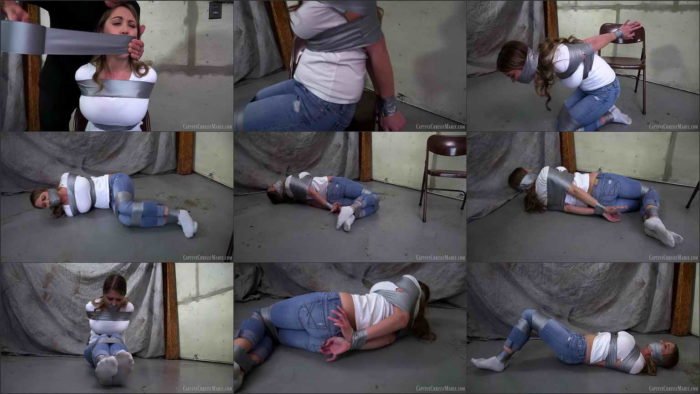 Anna Chair Taped – Take What You Want And Go!

Cinched and Secured Joanna Jute Mummification – Snug As A Bug!

Fayth On Fire Tape Bondage – Hell for the Hitch Hiker, Damsel in Distress

Lilly Roma chair bondage: I Wanted You to Bind & Gag Me for Pleasure, Not Leave Me Here & Go to the Pub! Full Movie