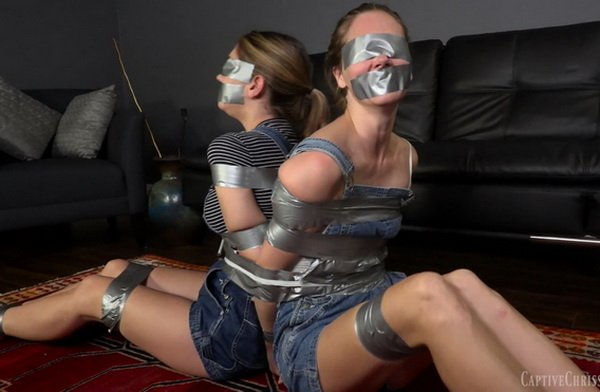 Chrissy Marie & Star Nine Taped Back To Back In Overalls. Chrissy and Star are sitting on a sofa lounging in just their tops and white panties. Chrissy tells Star she went shopping today and she would never guess what she bought! She hasn’t worn them in years! Star has no idea what Chrissy is talking about so Chrissy decided to show her. She leaves the scene and then brings back two pairs of overalls. Star is surprised to hear that Chrissy bought her a pair too! They both grab a pair and try them on, walking around in them for bit, mentioning how cute and comfortable the overalls are. After a minute or so Star sneaks away from Chrissy. A short time later Chrissy realizes Star is missing but she isn’t concerned and knows that her friend will return soon. Before Chrissy knows it Star sneaks up on her with a white rag and holds it over her mouth and nose! Chrissy struggles but it’s not long before her eyes flutter closed and her body falls limp in Star’s arms… 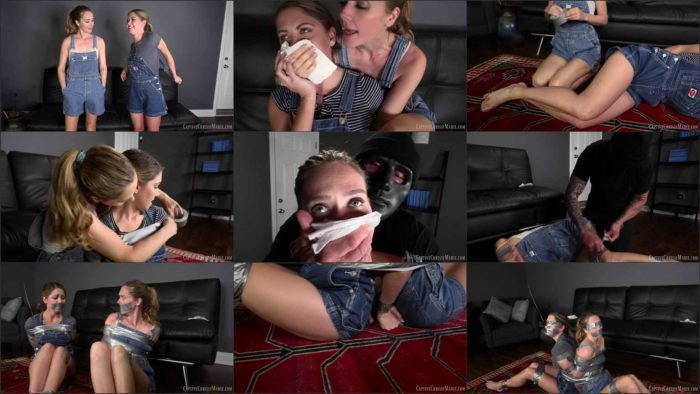