Home » Bondage M/F » Chrissy Marie oldschoolbondage, Maybe you might want to take advantage of me! HD 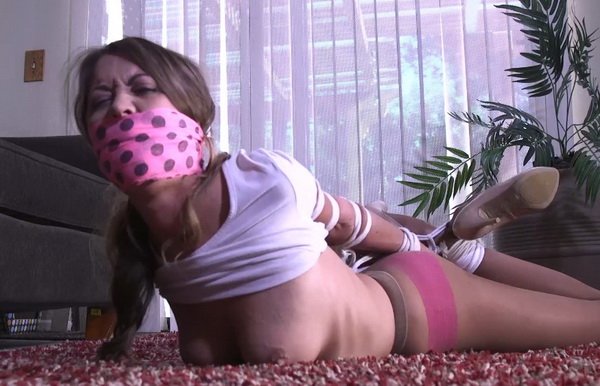 He was taking a nap when suddenly, his neighbor Chrissy Marie came in through his patio door. When she woke him, he saw that her hands and elbows were bound behind her back. She was also gagged and appeared to be in. He grabbed his phone to dial “911”. But then Chrissy stopped him. So, he removed the gag and she explained that she was tied up by the boys she was baby sitting. So now the man was going to call their step-mother to report this. Again, Chrissy stopped him. Now she explained that she had agreed to let them play a game with her that required she be tied up and gagged. “Why would you do something like this?” The man asked Chrissy as he started to untie her. The man was surprised again when Chrissy told him to stop untying her. She told him that she liked being tied up and had a fantasy where a man like him would tie her up and take advantage of her. What man could pass this up! Soon the man had Chrissy tightly hogtied, crotch roped and gagged on the floor. He also had Chrissy’s skirt off and her boobs out. After muffling Chrissy a bit more with Vet Wrap, he climbed on top of her and grabbed her by the throat. Chrissy now completely helpless, knew it was now time to be taken advantage of. 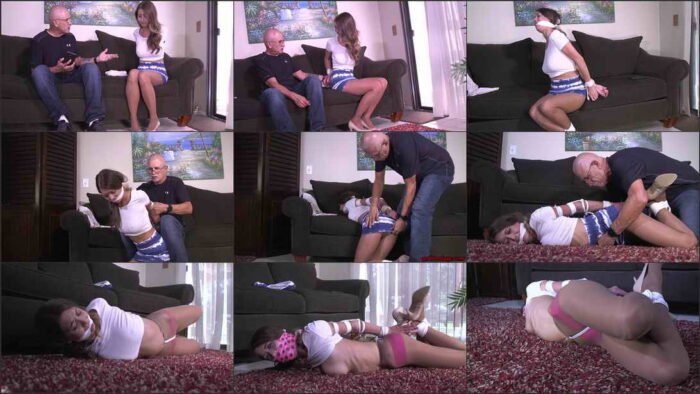 Chrissy Marie getting even with her cheating husband, oldschoolbondage

Chrissy Marie bound – Please don’t put me back in the closet! GNDB0498