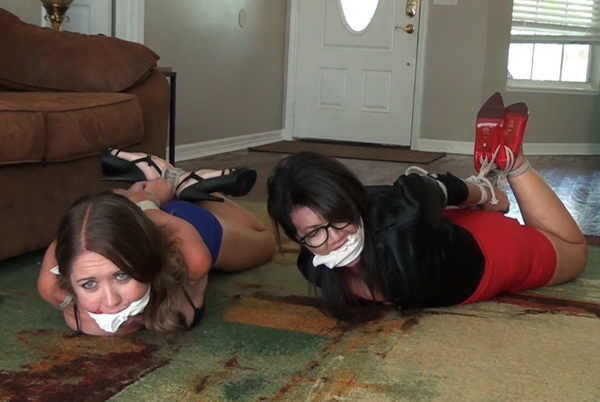 Chrissy Marie & Milf Gigi – Mother Daughter Victims of Home Invasion. Chrissy comes home to find her mother tied up and gagged on the floor! She rushes over to help, asking her what happened and who did this to her, but she can’t understand anything her mother is saying because her mouth is packed full and cleave gagged! She frantically tries to start untying her but it’s too late, the guy who did this to her heard Chrissy come in and is now standing behind her. He clamps his hand over her mouth and Chrissy’s eyes go wide with fear as she realizes that the same thing that happened to her mom is about to happen to her! She tries to scream but he keeps his hand firmly over her mouth and uses his knees to forcefully pin her arms behind her back. He pulls out a bandana and stuffs the whole thing in Chrissy’s mouth as soon as he removes his hand giving her no chance to call for help… 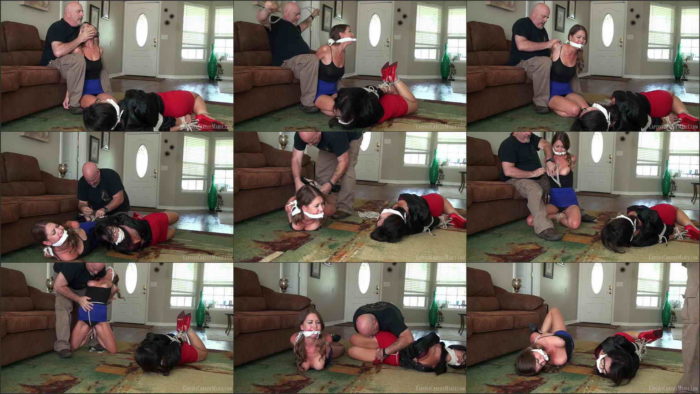 Captive Chrissy Marie Hogtied – You Wouldn’t Dare Tie Me Up!

[captivechrissymarie] I’ll Show You How It Feels To Be Humiliated! [hogtied, tape gag]

Intruder Tied Up and Mouth Packing Chrissy Marie & He Liked It