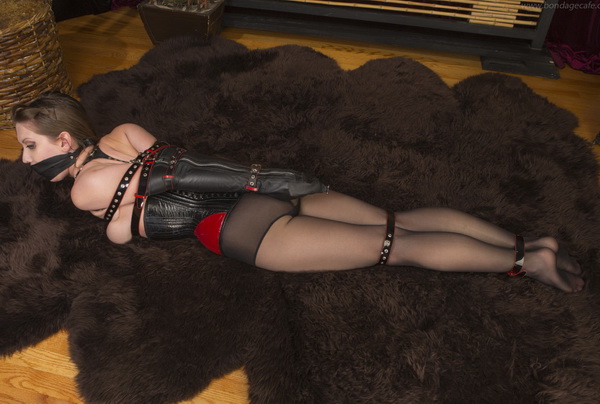 The lovely and crazily flexible Chrissy Marie presents somewhat of a problem… in that she is so flexible that unless I found a singleglove small enough, it was honestly very likely that she would be able to wriggle her way out of it. I’ve only seen one other gal able to do that and that was Eve Ellis. Luckily, I have just such a glove. It was made for me by Ledermeister quite shortly before he died. I had been saying to him that I need a smaller glove and he ended up making me two of them that were just crazy small. Most girls have a serious time when they are strapped up in them – but it fit Chrissy perfectly. She was happily quite unable to get out of it…. and the matching straps made it completely impossible and also quite, quite difficult. Enjoy! 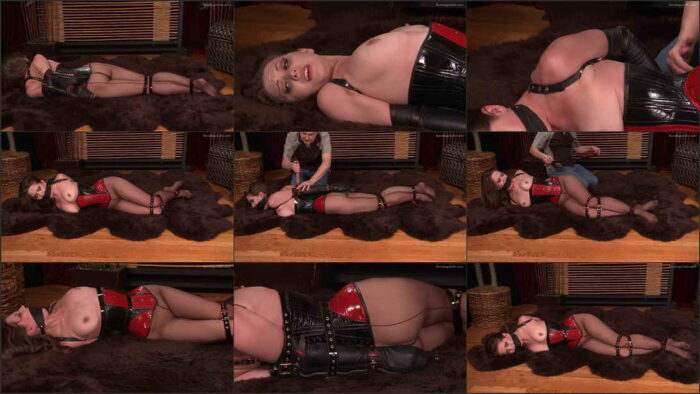