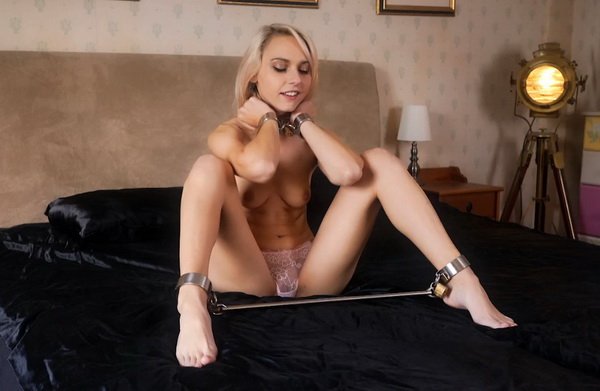 Slave girl Chloe Toy is ready and willing to submit and serve her master – if only he can decide what bondage he wants her in! A collar, for sure. Nice and securely locked around her slender neck. Leg irons- maybe the heavy Clejuso ones? How about globe cuffs for her hands? It all works, but he’s not satisfied. How about a set of Irish eight handcuffs behind her back, and turn it into a sexy hog-shackle? He loves the way her super short skirt keeps riding up in that position!
But no it is still not right. A spreader bar! A spreader bar spreading her ankles, locked in heavy steel, and her wrists locked to her throat on the ring of her collar. Accessible, desirable… but then Chloe makes the big mistake of protesting his indecision. There’s only one thing for it- a punishment! She’s locked into a ball gag, a padlock securing the strap so it is impossible to spit out or even remove without the keys. She’s constrained into a frogtie position by chains locked painfully around her legs, with a crotch chain to add to her misery but also add to her stimulation! She is given ample time to reflect upon the error of her ways! 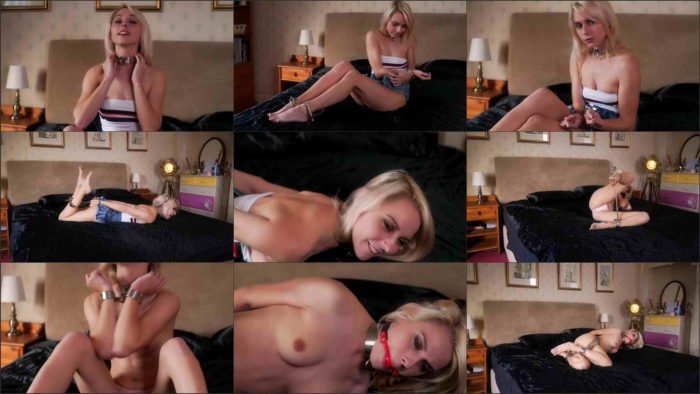