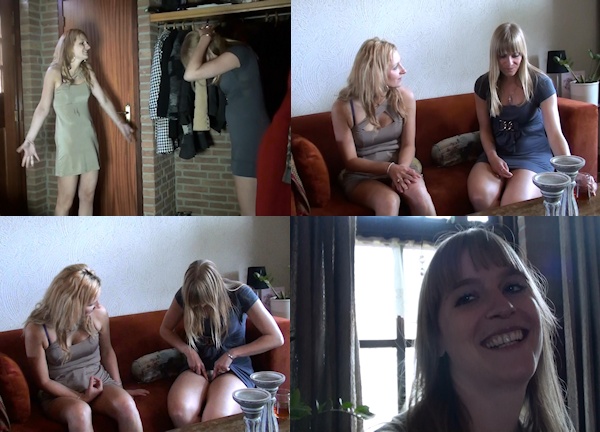 Deborah wasn’t holding it together anymore on day 5, after the collar challenge. She had a total breakdown during the collar night and the next day wasn’t much better. She hadn’t slept at all, and she was only thinking about getting the belt off her body. After returning home, she was back at Silvie’s place within 20 minutes. Deborah wanted to quit. She told Silvie to call me to come bring the key to her chastity belt. The reality of being locked in a tight metal device was hitting her hard. A chastity belt is uncomfortable (especially when you have never been belted before), but the mental aspect of wearing one is much bigger… Afternoon Tea in a Chastity Belt