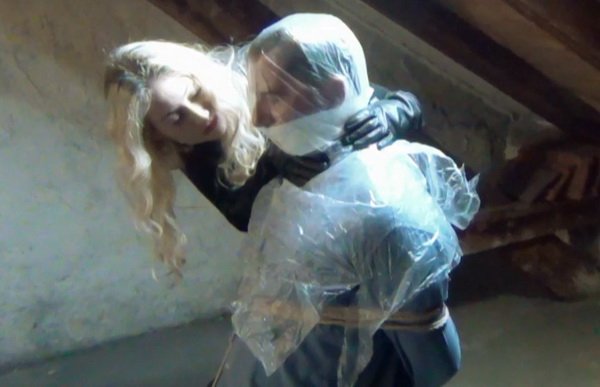 Poor Boy In Distress! No matter where Walter goes, he finds himself at the mercy of nefarious characters! He thought things would be different in his new house, but now, wearing tights and boots, his mouth sealed with microfoam, he realizees one thing: He’s a magnet for bondage! Chairtied and gagged in the attic, no one is able to hear his muffled pleas for help. In the VIDEO you can see onscreen tying AND bagging! 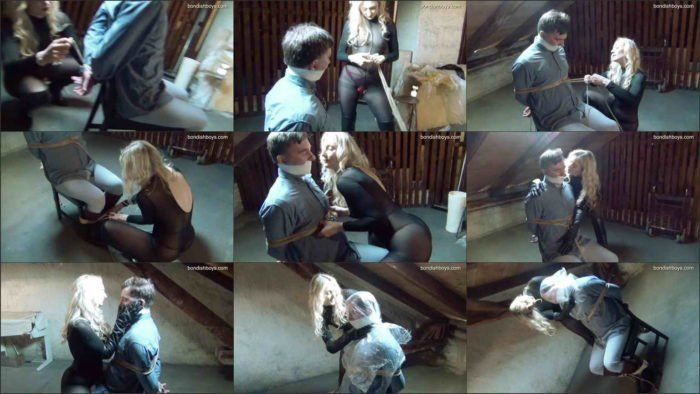